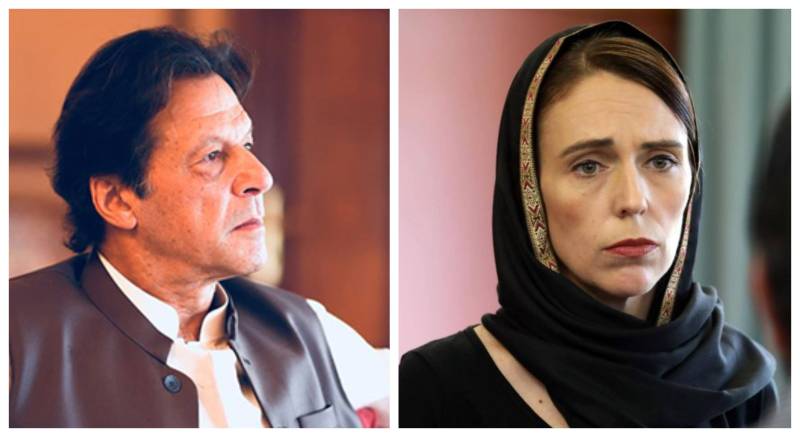 The Pakistani premier also admired Ms Ardern’s humane handling of the situation after the attack that left 50 Muslim worshippers including nine Pakistani origin men dead. A further 50 people were also reportedly injured in the March 15th attacks, 12 of whom remain in a critical condition.

Khan appreciated the quick response of the local authorities and the high level of respect shown by the Prime Minister of New Zealand for Muslims.

He said MsArdern has shown the way to the leaders in the face of rising Islamophobia and global extremism.

Khan added that he was calling PM Arden on behalf of the people of Pakistan to thank her for her compassion, leadership and decisions that won her many admirers in Pakistan.

Imran Khan conveyed his condolences on the loss of 50 precious lives, saying that Pakistan is itself a victim of terrorism and has lost more than70,000 innocent lives.

“Pakistan stands by the government and people of New Zealand in this hour of grief.”

PM Arden said that New Zealand was in shock and informed Imran Khan of immediate actions taken after the attack including the banning of all military style semi and automatic guns and assault rifles. She also acknowledged the sacrifices of Pakistanis in the attack, particularly the bravery and valour of Mr.NaeemRasheed.

She assured that New Zealand while valuing the contribution of the Muslim community assured them freedom and protections.

The first telephonic conversation between two leaders come hours after New Zealand banned military style semi-automatics and assault rifles. The country will establish a nationwide buyback of the weapons in the wake of a terrorist attack on two mosques, carried out by 28-year-old Australian man Brenton Tarrant.

The ban takes immediate effect to prevent stockpiling of firearms while the legislation is being drafted, Prime Minister Jacinda Ardern told reporters on Thursday. Further changes in gun laws to tighten licensing and increase controls over ammunition will be made in coming months.

Following the well-planned and hate-filled shooting by Australian born White Supremacist, PM Ardern said the deadly mosque shootings in Christchurch had plunged the country into one of its "darkest days".

"Clearly, what has happened here is an extraordinary and unprecedented act of violence," Ardern said in an address to a shocked nation last week.

"Many of those who will have been directly affected by this shooting may be migrants to New Zealand, they may even be refugees here," Ardern said.

"They have chosen to make New Zealand their home, and it is their home. They are us. The person who has perpetuated this violence against us is not." "They should have been in a safe environment," she said.

The next day, in the capital Wellington, she put on the headscarf again and was seen in emotional embraces with members of the shellshocked Muslim community.

The heartfelt expressions of solidarity and shared pain embodied the sense of vulnerability many Kiwis now feel, and offered a powerful rebuttal of the politics of hate.