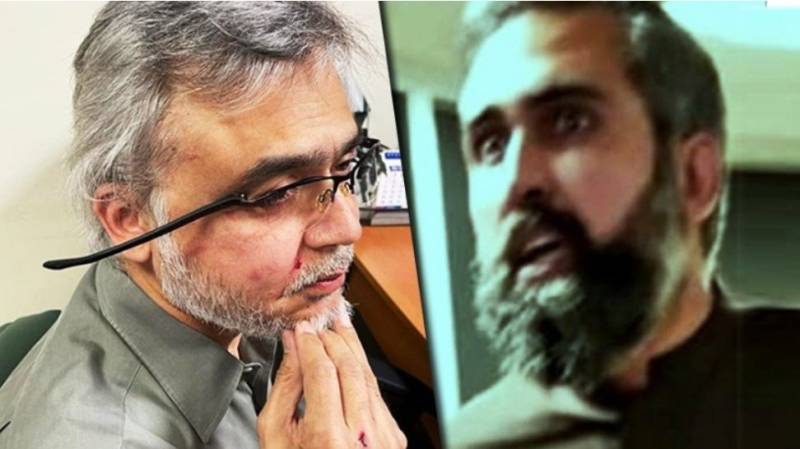 KARACHI – Dr Azam Ali, a Karachi-based ophthalmologist, says he was tortured by the husband of a patient named Shazia Ishtiaq who got a scratch in the eye during the ocular surgery at Liaqat Hospital of the provincial capital.

The case came to light through social media posts which include documents in which the surgeon has approached the law enforcement officials by narrating the entire ordeal he faced from one "Major Khizar".

In the viral post, Dr Azam shows injuries that he sustained including face cuts due to punches along with other multiple wound marks on different parts of the body.

Writing the official complaint to the SHO New Town, he mentioned that the wife of Major Khizar underwent surgery and got a scratch in the eye for moving eyelid during the surgical procedure. 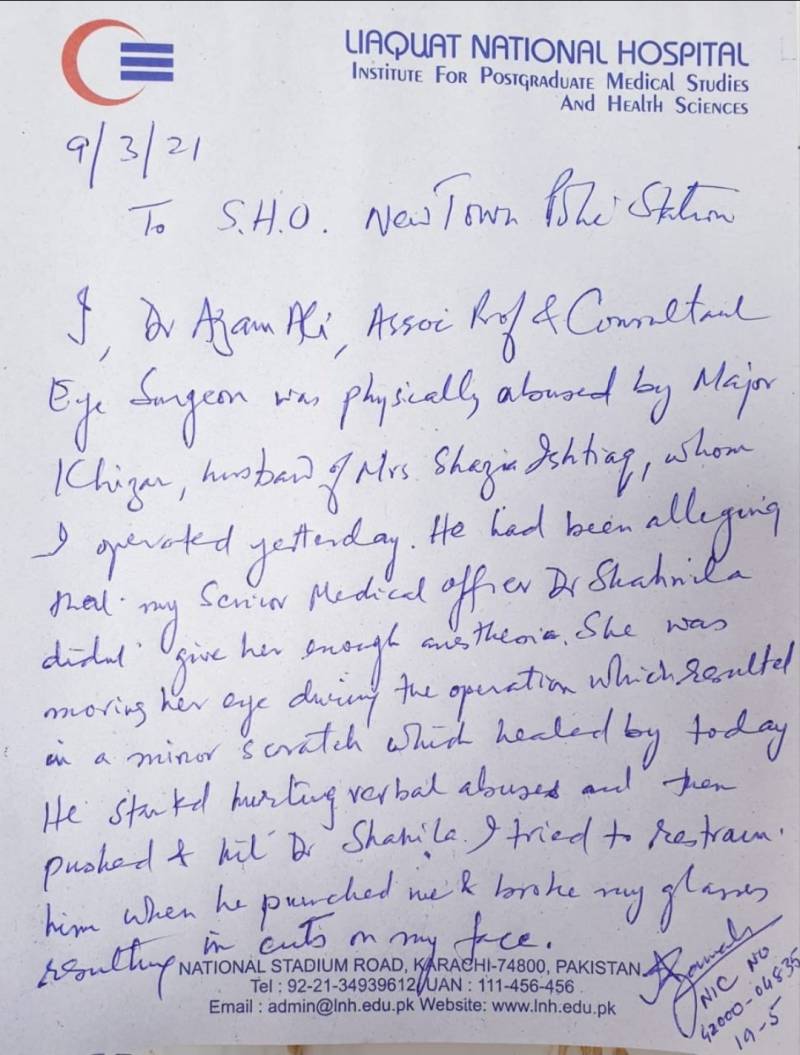 The scratch was minor in nature and will take some hours to repair while the husband hurled abuses and later subjected him to severe physical assault, he added.

The doctor also wrote a complaint to Station Commander Headquarters Karachi, cc'd to Commander V Corps against the officer's misbehaviour. 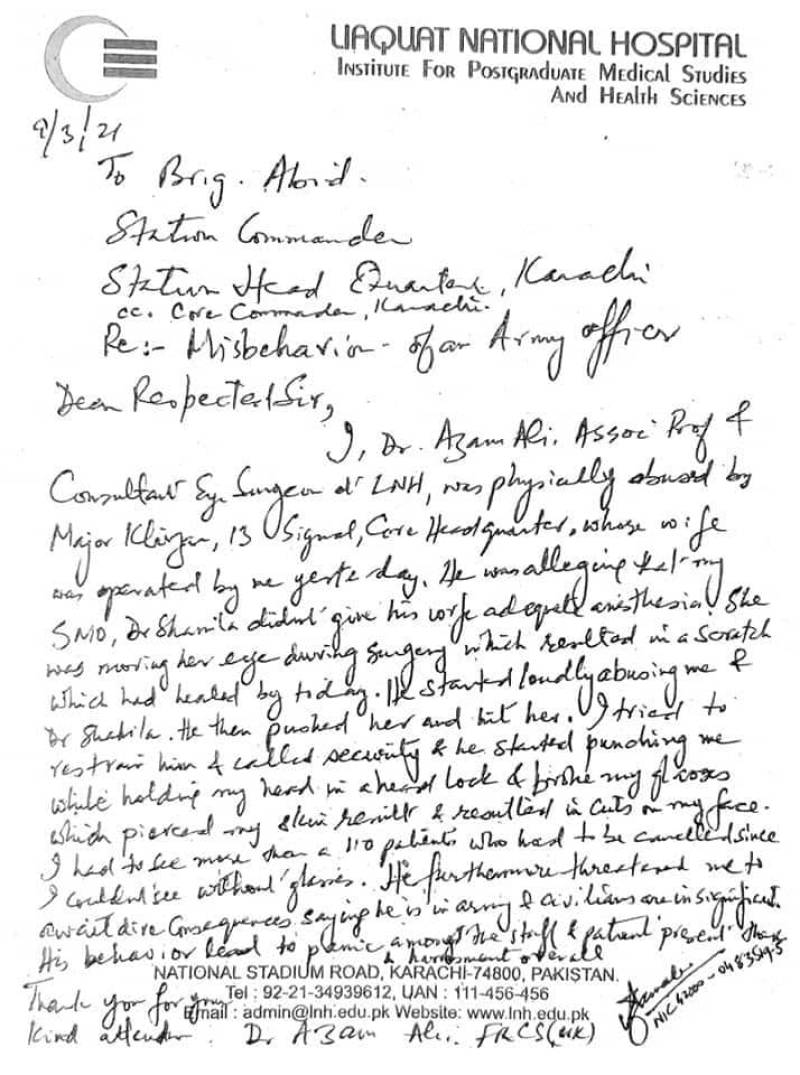 Following the event, a large number of social media users expressed their anger and frustration over the incident.