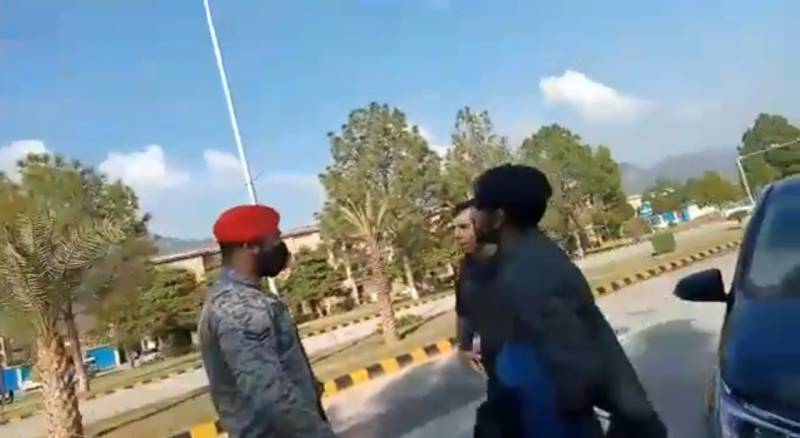 In the video, the boy can be seen complaining to his father about an MP who allegedly tore his jacket and assaulted him.

It is though unclear what actually happened.

‘Main Tere Khawabon Main Aounga’, the charged boy can be heard shouting at the official in a threatening tone.

Another video shows the father arriving at the incident and the boy hurls abuses at the official again.

Now look at his ‘baba’ threatening MP guy shamelessly. This is where we as a nation are messed up. I’m disgusted over this brat behaviour by father and son.

On the other hand, the boy says it was the official who was at wrong.

PESHAWAR - Police have registered a case against a woman, who was spotted in a viral video misbehaving with a policemen ...