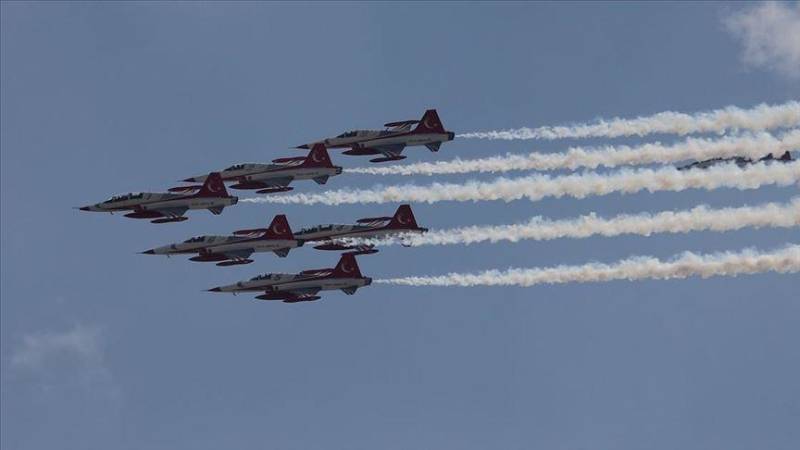 ISLAMABAD – A famous aerobatic team from Turkey has arrived in the Pakistani capital to take part in country's National Day celebrations on March 23.

The Turkish team will take part in the national day celebrations to be held on Tuesday.

Pakistan Day commemorates the passage of the Lahore Resolution on March 23, 1940, during the All-India Muslim League meeting at Minar-e-Pakistan Lahore, in which the Muslim leaders of the sub-continent set the agenda of a separate homeland for Muslims.

ISLAMABAD – The daughter of Federal Minister for Human Rights Shireen Mazari has embroiled into another ...