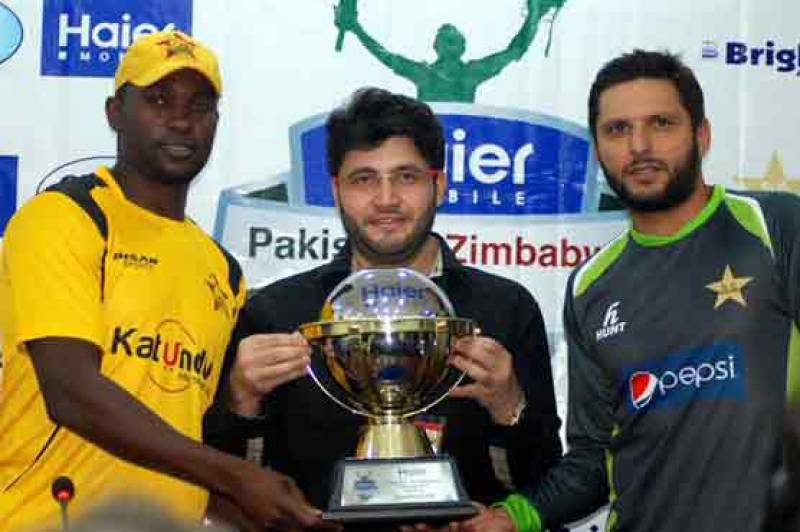 LAHORE (Staff Report) – While Pakistan is going to host the first test playing nation at Lahore’s Gaddaffi Stadium since 2009, a ceremony was held to unveil the T20 series trophy on Thursday.

Pakistan Skipper Shahid Afridi and Zimbabwe Captain Elton Chigumbura were present on the occasion and posed with the trophy one day before the series starts.

Afridi, while talking to media, said he wants to try various combinations before the T20 World Cup so that best performers may get selected for the mega event.

He added that he was really happy for the return of international cricket to Pakistan after six years.

Chigumbura, the Zimbabwe captain, extended his hope that players will try to perform good against Pakistan. “Pakistan is one of the strongest T20 teams,” he said while answering a question.

Pakistan and Zimbabwe are scheduled to play two T20 matches on May 22 and 24 as part of the series that is going to restore the international cricket in Pakistan.