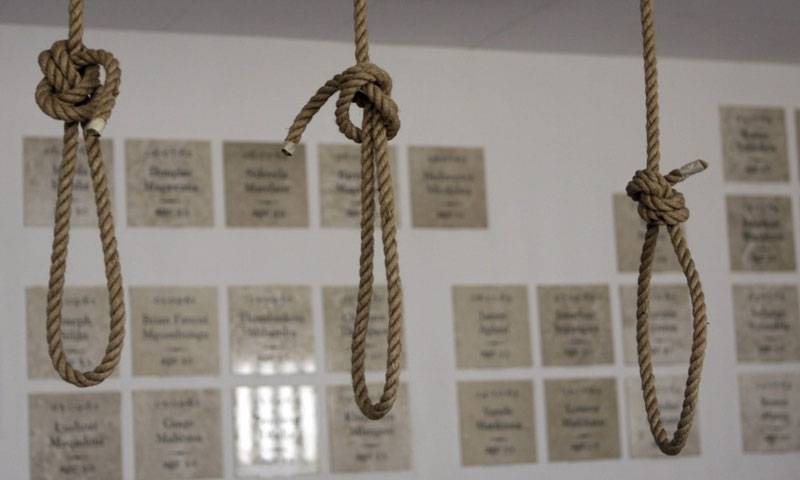 GUJRANWALA (Web Desk) - Three convicted killers have been hanged till death in three separate cities of Punjab in Thursday’s small hours. however, hanging of two convicts has been put on hold, local media reported on Thursday.

In Gujranwala, two executions were scheduled for today; however, convict Amjad’s hanging was stayed owing to a compromise deal was reached between the litigant sides.

The other convict, Aijaz alias Jajji was hanged at the gallows early this morning. He killed Ghulam Rasool who demanded his money back from him.

In Faisalabad, two hangings were scheduled today; however, convicted prisoner, Abid’s hanging has been delayed for a day after his family members produced a stay order from the court.

Another death row prisoner, Shaukat Masih breathed his last at the gallows in a Faisalabad’s jail. The convict was proved guilty of Nadeem Masih’s murder.

In Multan, a death house inmate, Abbas, was executed for twin murders. He killed two people over land dispute in 1996.