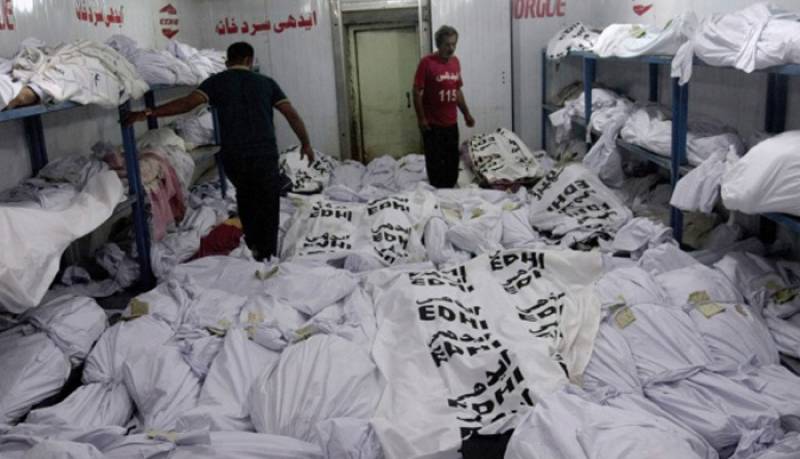 KARACHI - At least 65 people died of heatstroke in Karachi since Saturday as the temperature hit 44 degrees Celsius (111.2 Fahrenheit) on Monday during the Holy month of Ramazan, Edhi confirmed.

According to Faisal Edhi, 114 bodies were brought to the Edhi Foundation's morgues in Karachi's Korangi and Sohrab Goth areas in the past three days, out of which at least 65 had died from heatstroke. Most of the citizens who died from heatstroke were residents of Landhi and Korangi, he added.

He said that most heatstroke victims had died at their home. The ages of people who succumbed to the ongoing heatwave in Karachi varied from six to 78 years, he said.

"People did not get medical help on time, which resulted in their death," he said.

He said major deaths occurred in Korangi where a large number of labourers work.

Residents in Karachi were urged to seek shelter Monday as the temperature hit 44 degrees Celsius (111.2 Fahrenheit).

The Pakistan Meteorological Department warned the sweltering heat would continue throughout the week, forecasting daytime temperatures of between 40-43 degrees.