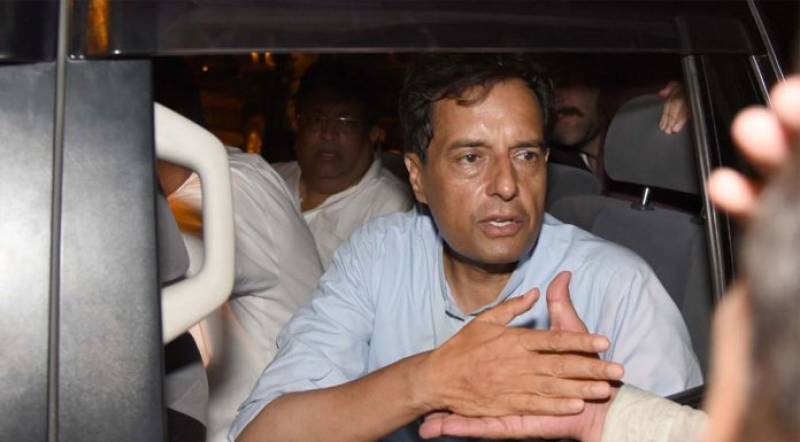 ISLAMABAD - Captain (retd) Safdar, the son-in-law of former premier Nawaz Sharif, has clarified that the reports regarding his second marriage were absolutely false.

The spokesperson of Safdar stated on Tuesday that the politician was not tying the knot for a second time, contrary to the media reports.

The spokesperson went on to add that the former lawmaker reserves the right to initiate legal proceedings against media outlets disseminating such news. He also challenged those spreading the news to bolster by their claims.

A day earlier, it was reported that Captain Safdar had tied the knot with a lady named Zarina who was in Turkey, fearing for her life.

It was also reported by Public News that the couple had a kid named Azan. Moreover, a video featuring the alleged second wife of PML-N member also stumped the internet.

ISLAMABAD - Amid a storm of controversies, the Sharif family is hit by another scandal surrounding the personal life of ...

'Today is the day of Eid and blessings, however, I am weeping on this day just because of you,' says a lady, her voice catching with emotions.

'You have broken my heart and I am no more a part of your life,' says the woman without naming anyone.

Captain Safdar is married to Maryam Nawaz, the daughter of Nawaz Sharif and the couple has three children - Junaid Mahnoor and Mehrunnisa. They have also recently welcomed their first grandchild.