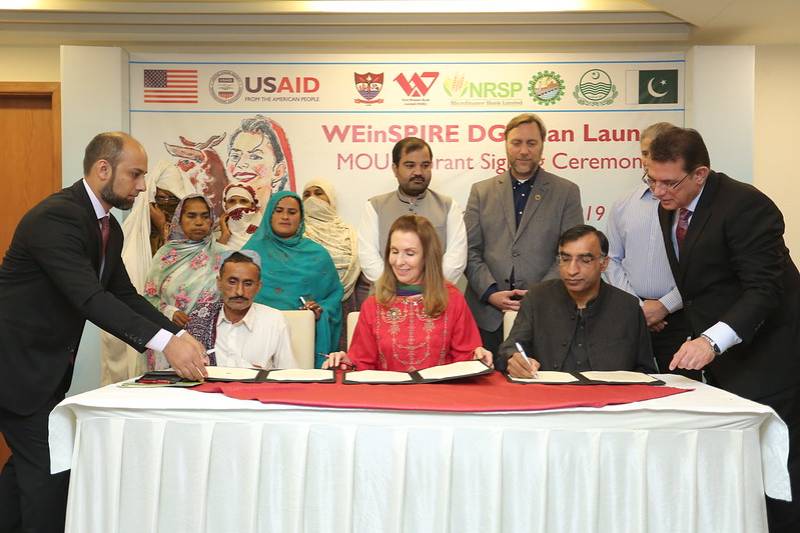 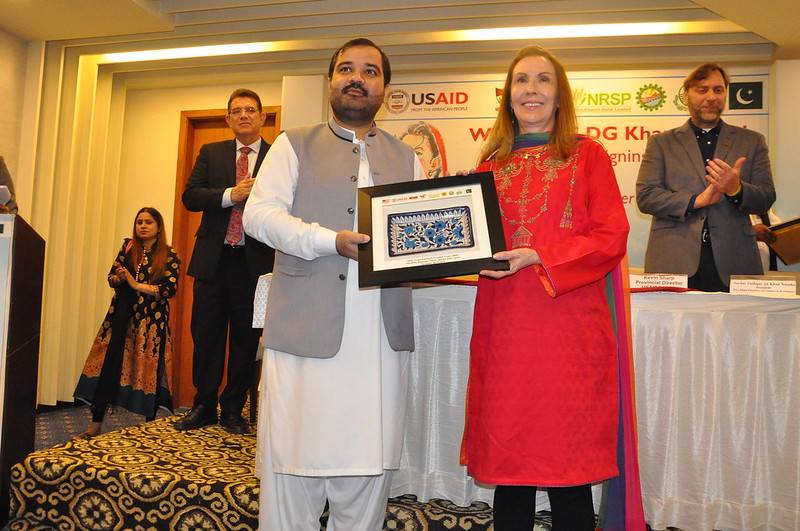 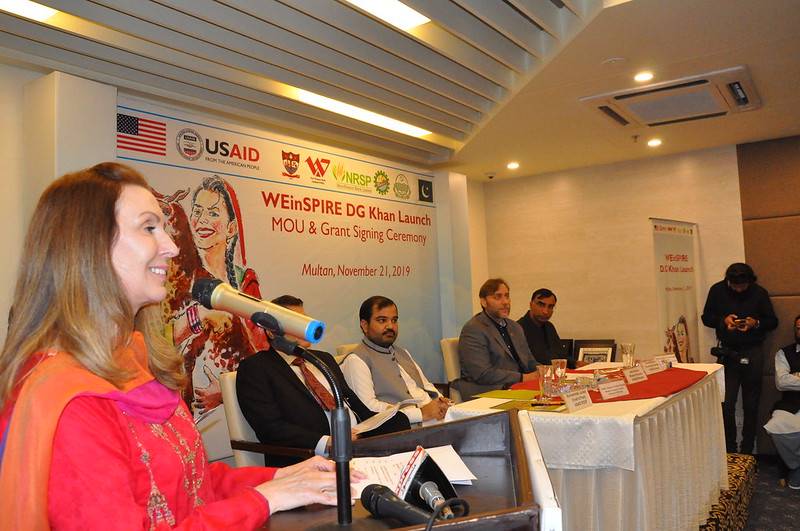 Advisor to CM, Sardar Ahmad Ali Dareshak addressing as a special guest said that out of 3 million population of DG Khan, 2.5 to 2.8 million earn their livelihood through cattle rearing. He promised all-out support from the government for USAID's WeinSPIRE initiative and suggested to expand it to Rajanpur and adjoining rural areas.

The program titled 'Women Empowerment in South Punjab through Investment in Rural Economy' (WEinSPIRE) found its way to Dera Ghazi Khan after amassing remarkable results in Bahawalpur where it has witnessed 78 per cent improvement in women's income since its launch back in 2017.

USAID Pakistan Mission Director Julie Koenen said that the enterprising women of south Punjab have responded well to the WEinSPIRE in Bahawalpur and now its was being replicated in DG Khan with hopes our partners' support would make it a success like USAID witnessed in Bahawalpur.

She said USAID decided to launch women empowerment initiative for it believed that better women's income can play an important role in deciding family matters concerning children's education, health and their career.

WEinSPIRE not only provides training but also finance their projects with better market access, she said.

First Women Bank (FWB) regional head Mubina Tariq said that FWB was providing women with loans on softer terms with lower mark up for cattle farming under WEinSPIRE initiative. She said that FWB can finance a project involving two breeds up to Rs 500,000.

Chief of Party, Punjab Enabling Environment Project (PEEP), Muhammad Junaid said that WEinSPIRE was an initiative taken by USAID's PEEP to support women livestock farmers that will be implemented over the next year.

He said the project trained 2000 women in animal husbandry best practices and provided loans through microfinance institutions to over 35000 women livestock farmers to start or expand their businesses in Bahawalpur.