The Crown’s new series being criticized as ‘Hatchet Job’ 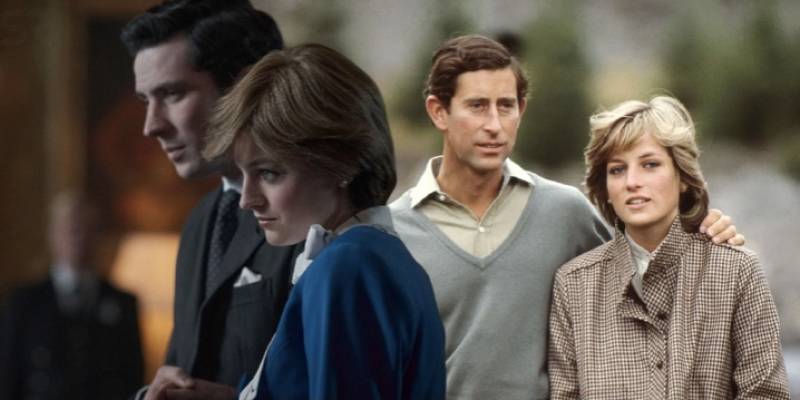 Season 4 of The Crown has been criticized for “stretching dramatic license to the extreme” by former Buckingham Palace press secretary Dickie Arbiter.

The latest series of the Netflix show chronicles the royal drama amidst the Princess Diana years.

The show has been a victim of scrutiny for the portrayal of Prince Charles and Princess Diana in series four. The opening showcases an imagined interaction between the Prince of Wales, played by Josh O’Connor, his great uncle Lord Mountbatten, played by Charles Dance.

We witness the older man writing a letter warning Charles he is in danger of bringing “ruin and disappointment” to the family over his pursuit of the marries Camilla Parker Bowles. The prince reads the note after the IRA assassinated Lord Mountbatten in August 1979.

However, there is no record of the letter's existence; the show creator Peter Morgan said that the exchange was based on the truth. Speaking on the show’s official podcast, he said, “I think everything that’s in that letter that Mountbatten writes to Charles is what I really believe, based on everything I’ve read and people I’ve spoken to, that represents his view.

Furthermore, Mr. Arbiter showed concern over the events depicted in the new series, including a meeting where the Prince of Wale’s private secretary asks whether Diana was mentally fit enough to go on a solo tour of New York. Mr. Arbiter said, “That never happened; I was there. John Riddell, Charles’s private secretary at the time, would have never said that.” “The average person will see it as gospel,” he added.

The drama revolves around the relationship of Charles and Diana and its ultimate breakdown. “It’s sensationalizing, making Charles and Camilla out to be the villains. Charles is portrayed as vicious. He’s not vicious,” he said.

So #PeterMorgan has finally admitted scenes in @TheCrown4 - covering 1977 to 1990 - are made up. And why is HM's same PS #MartinCharteris there throughout? He retired in '77. As for the programme meeting (E10) referring to #Diana's mental health - it didn't happen. I was there pic.twitter.com/gptcxBSb5q

However, Mr. Arbiter praised Emma Corrin’s performance as Diana but aimed at O’Connor’s physical portrayal of the Prince. He said, “Josh O’Connor trying to take his voice off, constantly stopped. Charles never stopped. Look at him now, he’s 72, and he’s upright. Covering the hand with your other during a handshake – Charles never does that. It’s poorly portrayed.”

In terms of Princess Diana’s bulimia, he added, “Show her with her head over the toilet bowl, but you don’t need to show it more than one.”

Other commentators have also taken issue with the show’s depiction of events. Historian Simon Heffer at the Daily Telegraph described it as “a disgrace.”