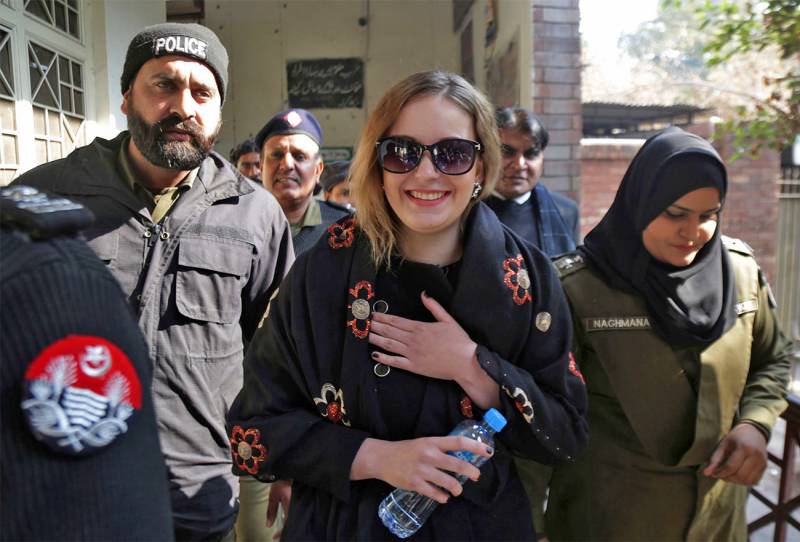 LAHORE – A Czech model Tereza Hluskova, 25, sentenced to over eight years for smuggling heroin in was released on Saturday after her acquittal this month.

In January 2018, customs officials detained the model after finding around 9kgs of heroin concealed in her luggage.

Later in 2019, a sessions court had sentenced her to eight years in prison and she had challenged her conviction in the case in April same year. Hluskova insisted that someone placed the drugs in her suitcase.

The appeal against the imprisonment stated that the court handed down the conviction beyond the merits of the case and without any concrete evidence against the appellant.

The plaintiff argued that the session’s court mainly relied upon the concocted story of the prosecution without considering the ‘real facts’. The appellant then asked the upper court to set aside the conviction and acquit her of the charges.

Czech model’s lawyer during the hearing said that it could not be proven that the supposed narcotics were safely transported to the laboratory for testing.

The probe did not provide details about who transported the samples to the lab, therefore samples were likely swapped, her lawyer maintained. The court then acquitted the foreign model after listening to the arguments of both sides. Earlier, the sessions court had also freed a co-suspect for lack of evidence.

The Czech foreign ministry also shared a tweet in light of recent development. “The Czech citizen was released from prison in Pakistan today and our embassy will now help her arrange a trip back to the Czech Republic”, it cited.