Explosion on ground floor of building opposite KU gate 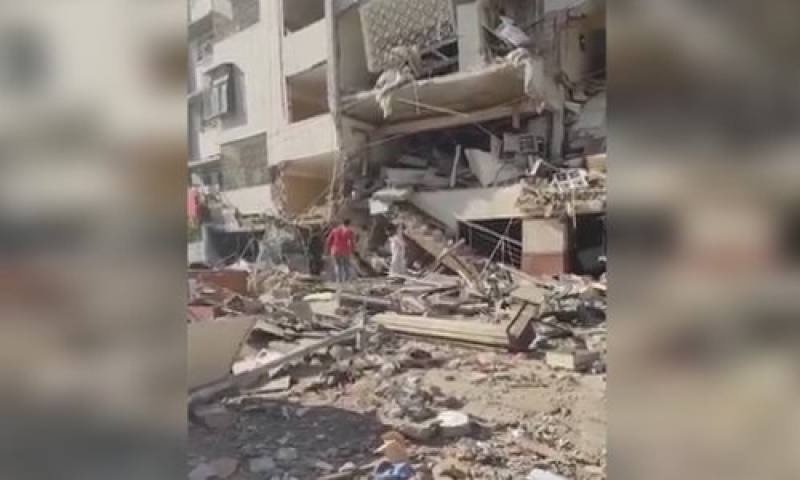 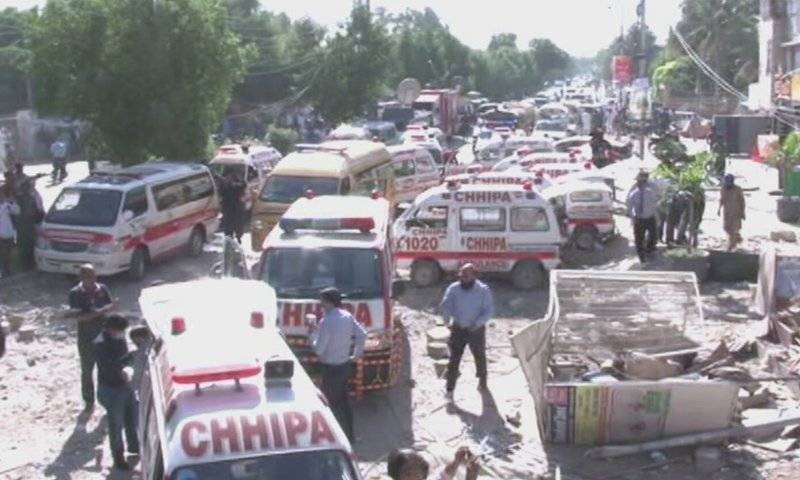 KARACHI – At least five people have been killed and over 15 injured in an explosion near Karachi's Maskan Chowrangi. Few injured were reportedly in critical condition.

Rescue, police, and Rangers teams arrived at the scene. The area is being cordoned off and the bomb disposal squad has been summoned. The police believe, however, it was a gas or cylinder explosion but have summoned the BDS as a precautionary measure as the sound of the explosion was very loud.

The explosion was reported on the ground floor of the four-story Allah Noor Apartments in Gulshan-e-Iqbal. The apartments are opposite the Karachi University gate.

There are fears that some people might be stuck beneath the rubble. The ground floor had a bank and businesses while residential apartments were located on top. Staff was already at the bank and rescue teams are working to pull people out from beneath the rubble.

One section of the apartment has collapsed. The intensity of the blast is being ascertained.

Injured people are being taken to Abbasi Shaheed Hospital. Some people were also injured when rubble from the building fell on them.

The windows of nearby apartments shattered due to the intensity of the branch.

The Mobina Town police station is very close to the blast site. Multiple small restaurants are also located in the area.