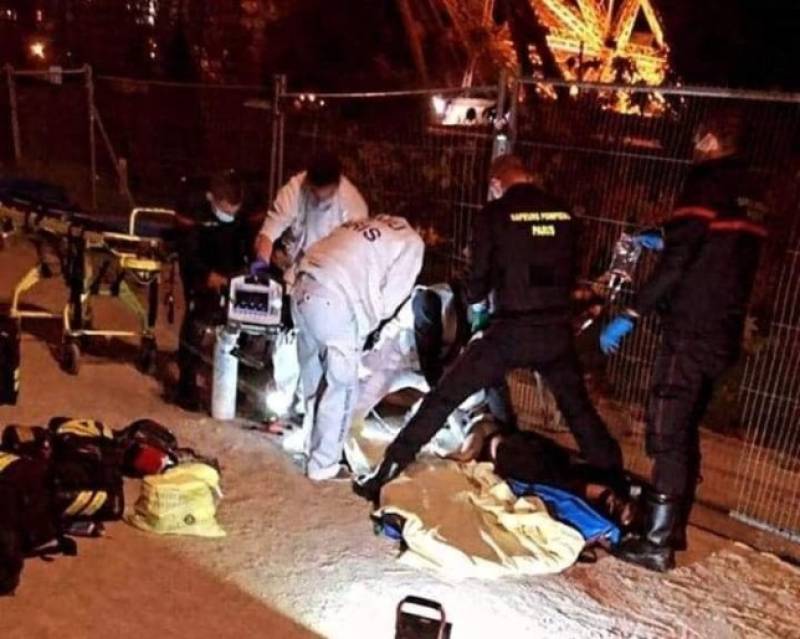 PARIS – Two Muslim women suffered serious injuries with one left with punctured lungs after they were stabbed repeatedly by female suspects in a latest racist attack under the Eiffel Tower in Paris on Tuesday.

Following the attack, which occurred amid rising Islamophobia, both victims were shifted to hospital where one of them underwent arm surgery.

The victims have been identified as 49-year-old Kenza and Amel, who is few years younger than her.

An altercation erupted between the Muslim women, who were visiting the place with their family members, and the suspected females following a fight between them on dogs.

A victim told police that as they were at walking a small rather dark park at the level of the Eiffel Tower when two dogs come toward them, adding that children along with them got scared.

She further revealed that her cousin asked the two white women to put their dogs on leash because the children were afraid.

The dog owners rejected to accept the request and started furious arguments including racist insults. The victim said that following the heated argument one of the suspects pulled out a knife and attacked them.

As they screamed out of injuries, two local shopkeeper intervened and overpower one of the attacker before the police reached the scene.

Eyewitnesses said they heard the attackers hurling insults such as "Dirty Arabs" and "Go home to your own country" at the frightened victims.

The incident follows the beheading of a 47-year-old teacher last week in the country by a man after disrespectful images of Prophet Muhammad (PBUH) were shown to a secondary school class.