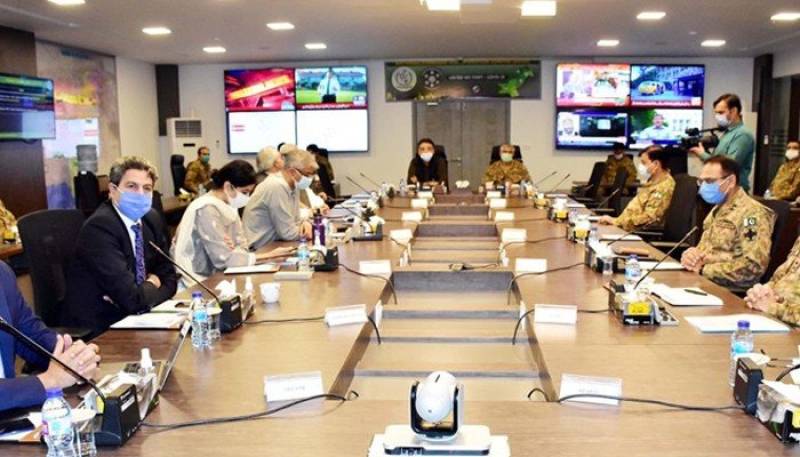 ISLAMABAD – The National Command and Operation Center (NCOC) on Wednesday said it was closely monitoring the prevailing COVID-19 situation and warned that the country can again go towards strict measures leading to re-closures of services if standard operating procedures (SOPs) do not adhere.

The NCOC special session to monitor increasing disease trend with all provincial Chief Secretaries online via video link was held here with Federal Minister for Planning, Development and Special Initiatives Asad Umar in the chair.

The Forum said that there was a clear resurgence of disease where death numbers were also increasing.

During the session, all secretaries were asked to strictly implement SOPs where strict punitive actions on SOPs violations would be initiated, it added.

The Forum noted that perceived high-risk sectors of transport, markets, marriage halls, restaurants, public gatherings would be given special focus.

Moreover, administrative actions would be initiated against SOPs’ violators whereas wearing of face mask and social distancing must be ensured, the forum said.

On Wednesday, Asad said that Pakistan witnessed a 140 percent increase in fatalities from COVID-19 in recent weeks as compared to previous weeks due to violations of social-distancing rules by the public.

He warned on Twitter that “We will lose both lives and livelihoods” if people did not adhere to social-distancing rules.

During the last 24 hours, Pakistan has reported 19 deaths and 660 new cases of novel Covid-19.

According to the data, 26,670 tests were conducted during the last 24 hours time and now there were 9, 378 active cases. 308,674 patients have recovered from the virus infection.

Sindh remains the worst-hit province by the pandemic in terms of cases followed by Punjab, Khyber Pakhtunkhwa, and Islamabad.

As many as 559 patients were said to be in critical condition.