Pakistani soldier martyred in gunfight with terrorists in Balochistan 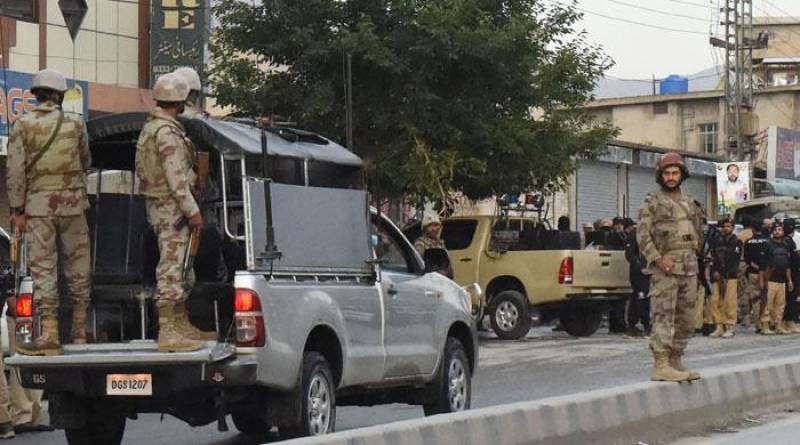 QUETTA – A soldier of the Pakistan Army embraced martyrdom after terrorists ambushed a security checkpoint in the Kech District of Balochistan, the military media wing said Wednesday.

A statement released by the Inter-Services Public Relations (ISPR) said Sepoy Muhammad Qaiser embraced martyrdom during the exchange of fire with terrorists.

It further added that security forces responded promptly to the terrorists' attack while area search was in progress to hunt down perpetrators.

The incident took place the same day as two Frontier Corps personnel and as many cops embraced martyrdom when their convoy was targeted with an IED blast in Khyber-Pakhtunkhwa's Mamund area.

PESHAWAR – Two Frontier Corps (FC) soldiers and as many policemen have embraced martyrdom after their convoy was ...

Earlier, a sepoy of the Pakistan Army was martyred during a terrorist attack on a check post in the Kohlu area of Balochistan. The soldier, 26, identified as Waqas, hailed from Khyber Pakhtunkhwa’s Mansehra.