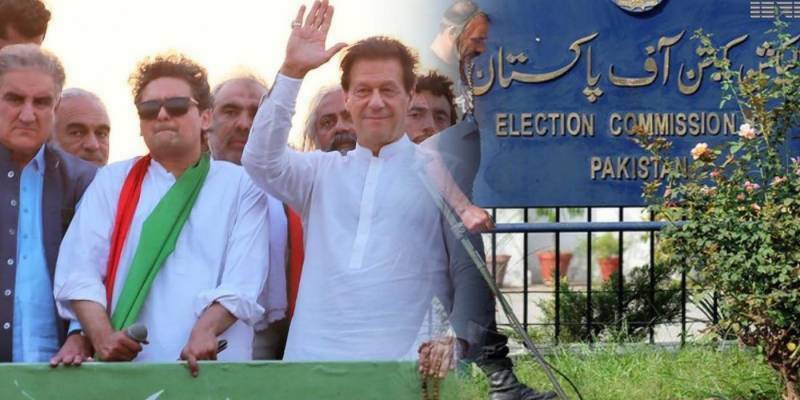 ISLAMABAD – Reactions have started pouring in from political leaders, analysts, and even the public as the country’s top electoral watchdog banned former prime minister Imran Khan from holding public office.

The Pakistan Tehreek-e-Insaf chairman was found guilty of hiding his assets and his party announced challenging the ECP verdict.

Here are some of the reactions after the verdict.

Imran Khan’s disqualification is the funniest act of this six-month long comedy of errors and absurdities.

Election Commission gave an unconstitutional order to disqualify Imran Khan, following Establishment's directions. They are blackmailing IK to forget about the accountability and an independent foreign policy after coming back to power.

I could accept him defending Shahrukh Jatoi, but defending Imran Khan is where I draw the line. pic.twitter.com/GABqYeUZbx

If you can't beat Imran khan then disqualify him.

Meanwhile, PTI chief, who has been disqualified from holding public office, will no longer be able to retain any of his seats including the one he currently retains.The four-member bench of the electoral watchdog announced its verdict in the Toshakhana reference filed against the defiant politician.

ECP, in its verdict, also mentioned that criminal proceedings will be initiated against PTI chief for misdeclaration.

Former information minister Fawad Chaudhry and other PTI leaders termed the verdict shameful and an attack on the country's law. The PTI leader termed ECP's verdict a slap in the face of Pakistani people while urging supporters to come out on the streets to record their protest.

Imran Khan's close aide Shahbaz Gill said former PM Nawaz Sharif authored the verdict, which according to Gill was read out by one of his 'worker'.

Senator Faisal Javed and other leaders condemned the verdict, saying the party would challenge it in the court.

In what is said to be a major victory for the ruling alliance, the ruling Pakistan Muslim League (N) welcomed the verdict.

In a tweet, the daughter of the former PM said Pakistan's first 'certified liar and thief' was disqualified with irrefutable evidence. Firing fresh salvo, she said Imran Khan his wife [Bushra] looted the state treasury.

She also called for Khan's arrest, saying the looted money should be recovered from the defiant politician.

Earlier in 2021, the Toshakhana case surfaced after an independent and autonomous enforcement body, accepted an application on the matter and directed the Cabinet Division to provide information about the gifts received by former PM Imran Khan from foreign dignitaries.