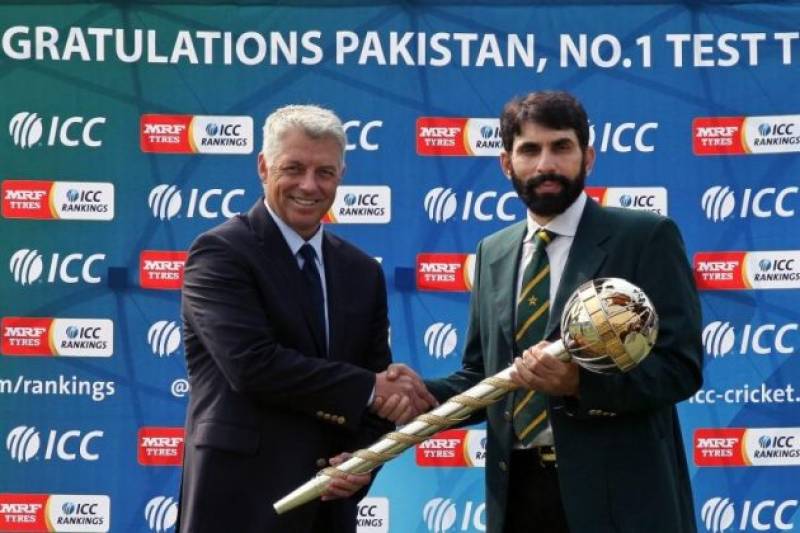 The mace has been presented to Pakistan for topping the ICC Test ranking. Pakistan is ranked number one for the first time since 2003 when the current rankings system was introduced by the ICC.

Speaking on the occasion, Misbah said: "There can’t be a better location to receive the ICC Test Championship mace than this ground where we last played a home Test seven years ago."

He also pointed out that Pakistan is not allowed to play international cricket at home grounds, saying "It is ironic for both the players as well as the fans that the journey to the number-one position has been outside Pakistan."

The players have missed on the crowd support, while the spectators have been unable to watch live some magnificent team and individual performances. But I am confident that things will change and international cricket will soon return to Pakistan,” he went on to say.

Richardson also congratulated Pakistan for making the history. On behalf of the ICC, I want to congratulate the Pakistan cricket team and Misbah-ul-Haq in particular for the way he has led his side, he said.

"It is all the more impressive that it has reached the number-one Test ranking despite not being able to play a series in front of its home crowd since March 2009," he added.

The test mace automatically passes from one team to another as results confirm a change of leadership in the ICC test ranking. It was first introduced in 2001. 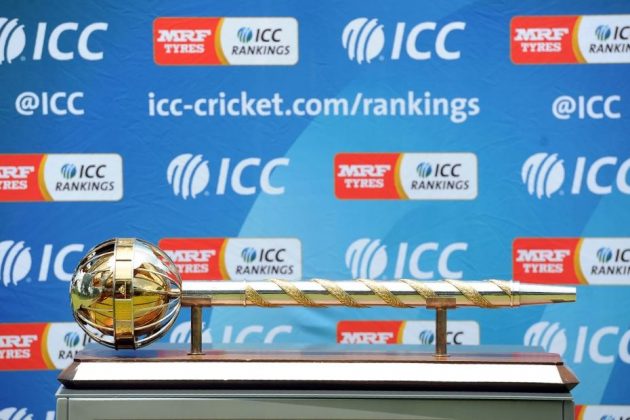 British crown jewller Asprey & Garrard originally designed the mace. It has a wooden base with silver and gold plated plaque. It’s net worth stood at £30,000 in 2001.

Misbah had led his side to a 2-2 stalemate against England in August this year, claiming top ICC slot for Pakistan.

Pakistan had enough points to edge ahead of India, who slipped down to number 2 after their match against West Indies had to be called off due to wet outfield. They were also helped by Sri Lanka who smashed the Australians 3-0 at home.

Pakistan is currently sitting on 111 points, one ahead of India, while Australia and England are on 108 points each. The top seven Test sides are separated by just 16 points.