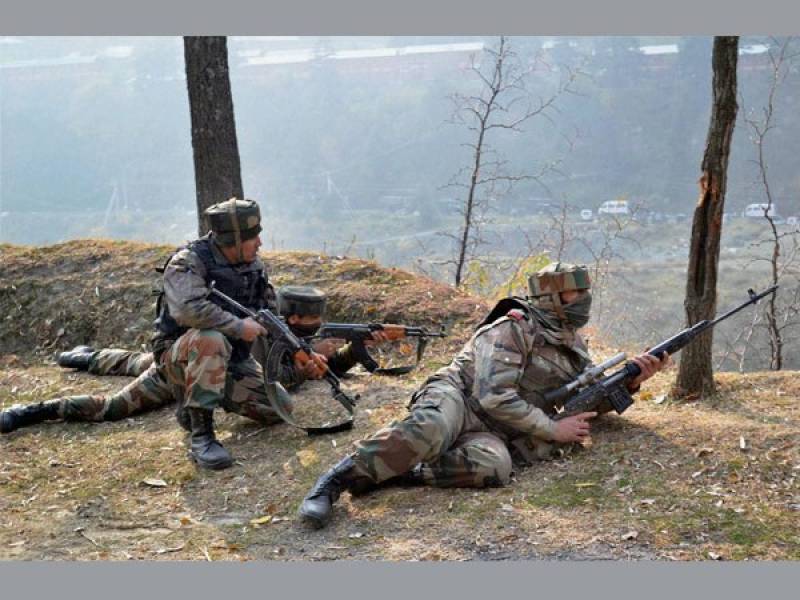 NEW DELHI - An investigation team probing the Uri attack, believes that the militants first held the soldiers hostage in cook house and store room before storming the military base in Occupied Kashmir.

The attack by four gunmen took place Sunday in the town of Uri, Baramulla district of India-administered Kashmir, leaving 18 soldiers dead and several others seriously injured.

Officials of the National Investigation Agency (NIA), told Indian Express, the majority of the fatalities took place in a cook-house and store room which burned down during the attack.

"The two buildings, sources said, had been bolted from outside to prevent those inside from escaping before being set on fire, suggesting that the terrorists had a high degree of knowledge about their targets", the newspaper reported.

Until now, little hard evidence has emerged to link the perpetrators of the terror attack in Uri to specific jihadist groups in Pakistan, NIA officials said.

The GPS set, Army sources said, was too badly damaged during the fighting for data to be recovered.

NIA chief Sharad Kumar reached the attack site Tuesday and was briefed on the manner in which the attack was carried out and the evidence recovered from the site so far.