This USB drive can fry your computer within seconds 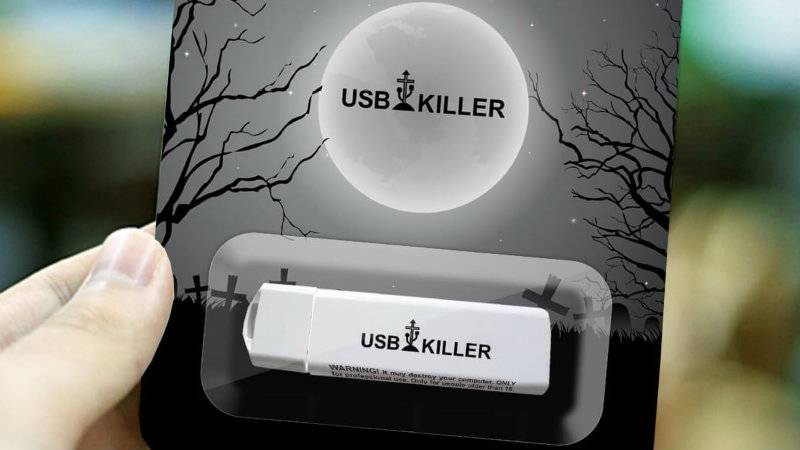 It may look like any other ordinary flash drive available in market. But in reality, this tiny gadget is a commercially available USB stick that can fry almost any computer in seconds.

This “USB Killer” rapidly collects power from the USB power lines and then repeatedly discharges 240V into the host device until it dies. The whole process only takes not more than a few seconds.

About a year ago, one Russian hacker showed how a tool that looks like a small USB drive could disable any electronic device with a USB port. The USB Killer worked by sending a high-voltage charge through a USB port, effectively frying the internal components. 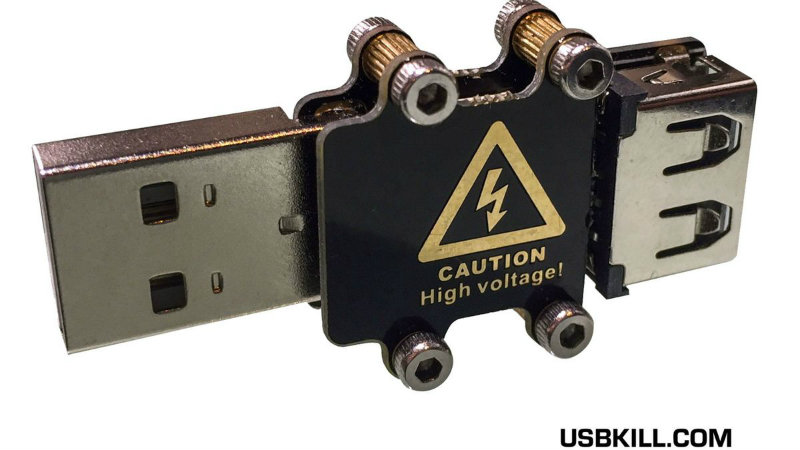 Now, a Hong Kong company going by the name of USBKill.com has created a similar device called the USB Killer 2.0, and it is making it commercially available online to anyone, for just $56.

The USB Killer looks as harmless as any other pen drive, but it’s actually lethal for around 95% of consumer laptops and PCs. It is equipped with small capacitors that draw power from the USB power source to which it is connected, and when they are completely charged - it can take less than a second - the stick discharges over 200 volts of DC power to the host device multiple times per seconds until the machine is fried or the USB Killer is unplugged.

“In our tests, over 95 percent of devices are affected by a USB power surge attack. Almost all consumer-level hardware fails when tested against the USB Kill,” the makers of the device state in a recent promotional video.

The company also sells a Test Shield that attaches to the dangerous stick and makes it safe to insert in a USB port. And there are so-called “USB condoms” that disable access to the data lines within a USB port while still allowing charging - although someone can just take them out before inserting the USB Killer - but probably the only truly effective solution right now is vigilance.

“The most frequent outcome is the complete destruction of the device (laptops, tv, telephones, etc). Almost all consumer-level hardware fails when tested against the USB Kill.” Apparently, the only products against which the tiny USB stick is not effective against are those made by Apple, “the only company to [protect its hardware] voluntarily.”

USB Killer acknowledges the product’s potential for abuse, now that it is a publicly available commodity, but claim that it is actually meant to raise awareness about the dangers of high voltage attacks and force companies to change the design of their devices.

The company admits that anyone with bad intentions can use the USB Killer to destroy private property, but emphasize that they are responsible for their actions. “A hammer used maliciously can permanently damage to [sic] a third party’s device. The USB Killer, used maliciously, can permanently damage a third party’s device,” their FAQ section states.

Don’t leave your machine unattended and don’t plug unknown hardware into it. Hopefully, this dangerous device will actually force companies to implement protective technologies into their products in the near future.

For those worried about others plugging malicious devices into their electronics, using a USB condom or capping the USB ports can ensure that they are protected from outside influences.