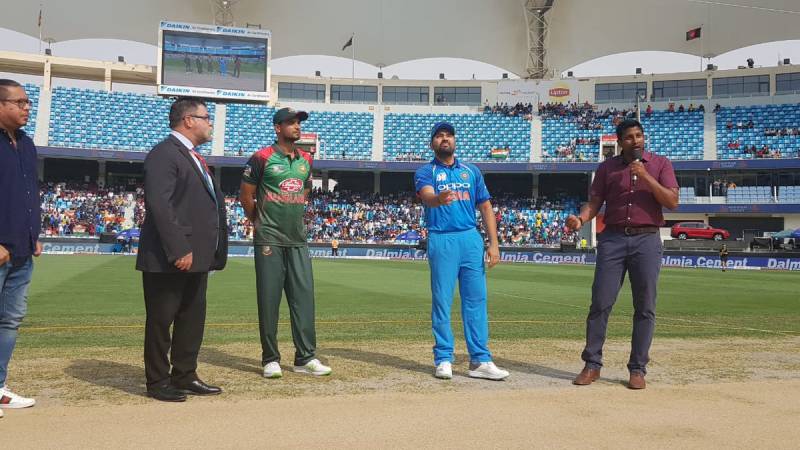 DUBAI - India beat Bangladesh by seven wickets after chasing a target of 174 runs in the Super 4 phase of the Asia Cup 2018 match, on Friday at the Dubai International Cricket Stadium. 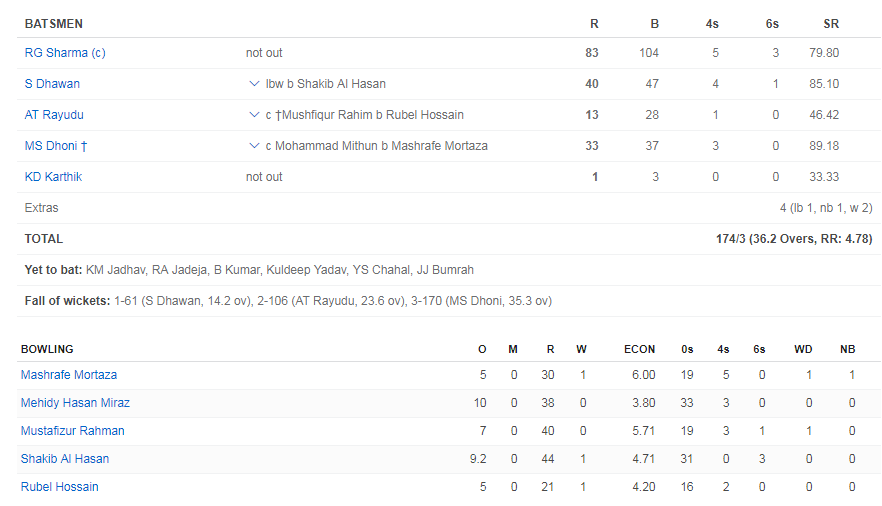 India won the toss and elected to bowl first against Bangladesh.

India defeated Hong Kong and Pakistan in its Group A matches while Bangladesh brushed aside Sri Lanka by 137 runs in the opener of the tournament. 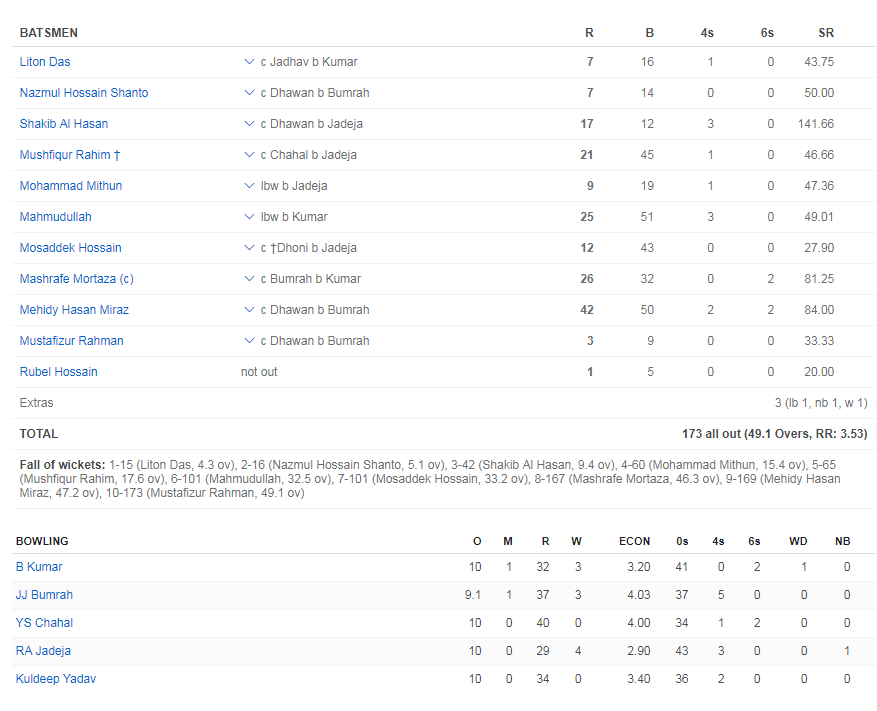 India hopes to continue their winning run in the tournament and register a win in the Super Four stage ahead of their second highly-anticipated 'bitter' clash against Pakistan on Sunday.

#TeamIndia wins the toss and elects to bowl first against Bangladesh.#INDvBAN pic.twitter.com/FSEFkOaHdm