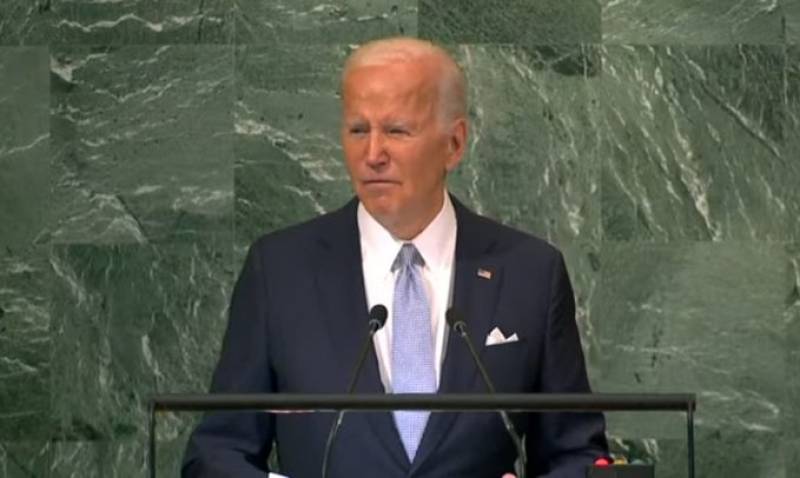 NEW YORK – US President Joe Biden on Wednesday urged international community to extend assistant to Pakistan devastated by floods in recent weeks as he called for action to address climate change crisis.

The head of the world’s powerful country dedicated a significant portion of his speech at the 77th session of the United Nations General Assembly to climate change, which is posing naked threats to poor countries despite their meager role in emission of greenhouse gases.

While talking about the massive deluges in Pakistan, he recognized the situation in the South Asian country as a climate catastrophe that needs the attention of powerful economies.

Flash floods triggered by abnormal monsoon rains and glacial outbursts have sunk one third Pakistan underwater. Over 1,500 people have lost their lives as over 33 million people were affected due to the catastrophic situation.

Earlier in the day, Prime Minister Shehbaz Sharif has stressed for a collective action to deal with climate change.

In a tweet regarding his interactions with the world leaders in New York on the sidelines of the UN General Assembly session, the premier said he apprised them of the flood disaster in Pakistan.

Shehbaz Sharif said he also told them that Pakistan is keen to build partnerships in the realms of trade and economy.

ISLAMABAD – Prime Minister Shehbaz Sharif on Wednesday appreciated the efforts being made by the administration ...