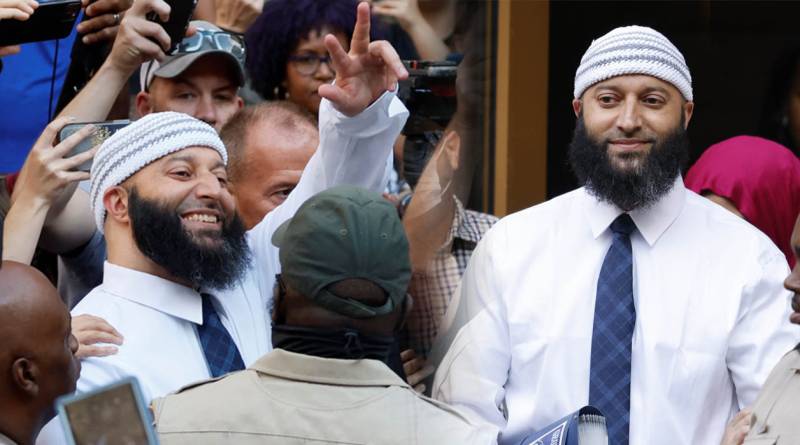 ANNAPOLIS – A United States court has ordered the release of Pakistani-American Adnan Syed in the 1999 murder and set a deadline for a new trial in the case that garnered worldwide attention after it was documented in the podcast Serial.

Adnan spent nearly 23 years in jail serving a life sentence for the murder of Hae Min Lee, a Korean-American high school student who was killed by strangulation.

Adnan, however, maintained that he didn’t commit murder and even approached Supreme Court for his release but to no avail.

On Monday, Judge Melissa Phinn ordered the release of Adnan Syed questioning the trial and the evidence presented, maintaining that the state violated its legal obligation to share evidence that could have supported Adnan’s defense.

In one of the clips, Adnan can be seen waving to his supporters who flocked outside the courtroom as he was being escorted.

Adnan will be placed in home detention with a GPS monitoring gadget while prosecutors revealed that there were two other possible suspects in the murder of Adnan’s former girlfriend.

Earlier, Adnan appeared in the podcast Serial in the year 2014, produced by Chicago public radio station WBEZ, which garnered huge attention to the case.

WASHINGTON – World's most controversial prison is in headlines for another time after a Karachi-based taxi driver ...