British-era chandelier at Taj Mahal crashes down from the ceiling 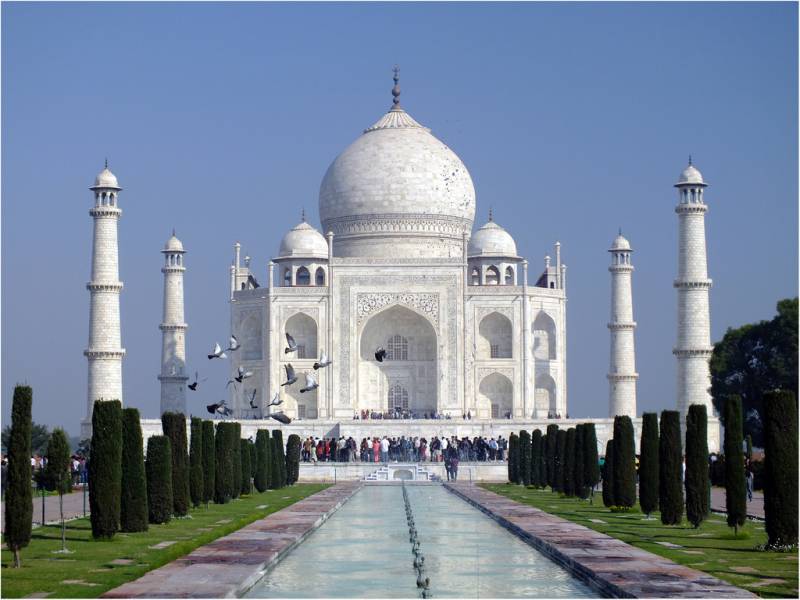 AGRA (Web Desk) - A 60-kg British-era copper chandelier at the main entrance of 17th century Taj Mahal crashed down recently, prompting the Archaeological Survey of India (ASI) to initiate a probe into the matter.

The six-feet high and four-feet wide chandelier, gifted by Lord Curzon and installed at the Royal Gate of Taj Mahal in 1905, fell down earlier this week, NDTV reported.

The monument of love soon turned into a panic zone as tourists started running towards the exit gate.

A probe under ASI's superintending archaeologist Bhuvan Vikram has been initiated into the matter.

Though there was no official word as to what caused the chandelier to fall, the NDTV quoted its sources saying it probably came down due to "aging and wear and tear". 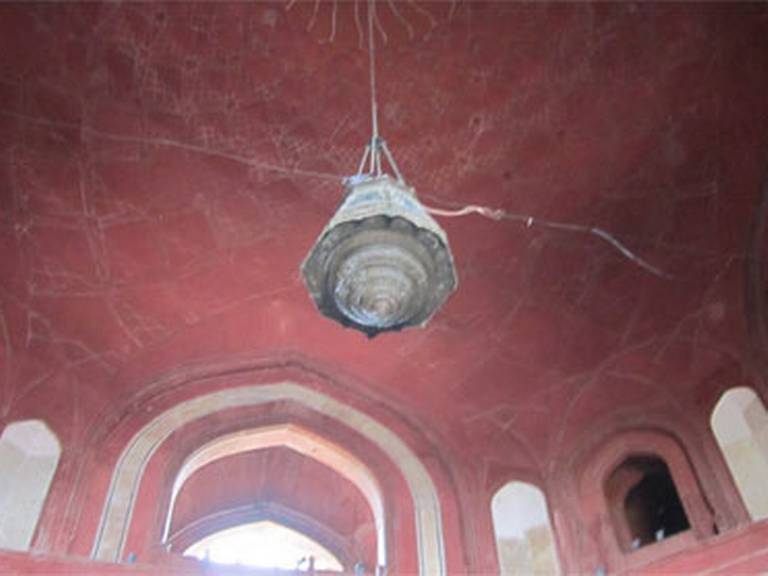 "Luckily, there was no one around or else it would have resulted in a major tragedy," a tourist guide Ved Gautam said.

Following the incident, Agra ASI chief Bhuvan Vikram Singh had said that the decision to fix the chandelier would be taken only after carefully examining its structure and its present state.

Meanwhile, some tourist guides have accused the ASI officials of "gross negligence" and questioned their expertise in handling the monument's artifacts.