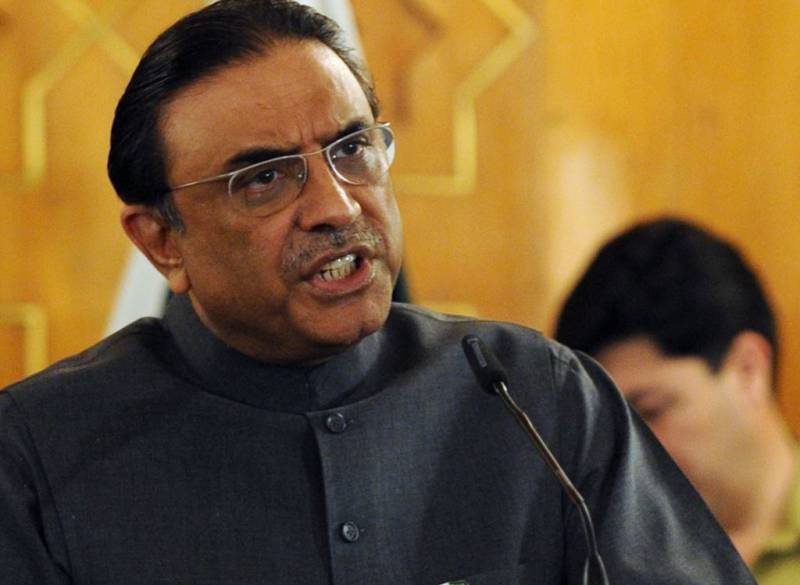 DUBAI (Web Desk) - Former President and co-chairman of Pakistan People Party Asif Zardari has ramped up pressure on the PML-N led federal government for investigations into the offshore assets revealed in the Panama papers.

In a statement on Sunday, the PPP chairman expressed that the Terms of References (TORs) proposed by the opposition on an investigation into the Panama Papers issue were effective and constitutional, adding that the investigation of the matter needs to take place at all costs.

He maintained that the probe into the Panama Leaks issue should be done as per opposition's TORs. He went on to announce that PPP will a celebrate year of PPP golden jubilee from November 2016 to November 2017.

Earlier, Babar Awan, Senior lawyer and PPP leader called on Asif Zardari in London and briefed the PPP co-chairman about the stand of the opposition parties and the lawyers regarding the Panama Leaks issue.

Meanwhile, Senator Aitzaz Ahsan advised Pakistan Tehreek-e-Insaf not to take the Panama Papers issue to the Supreme Court (SC) if the party has decided that it shall take to the streets against the investigation of the matter. Aitzaz also stated that PPP shall not head to the SC regarding the Panama Papers.