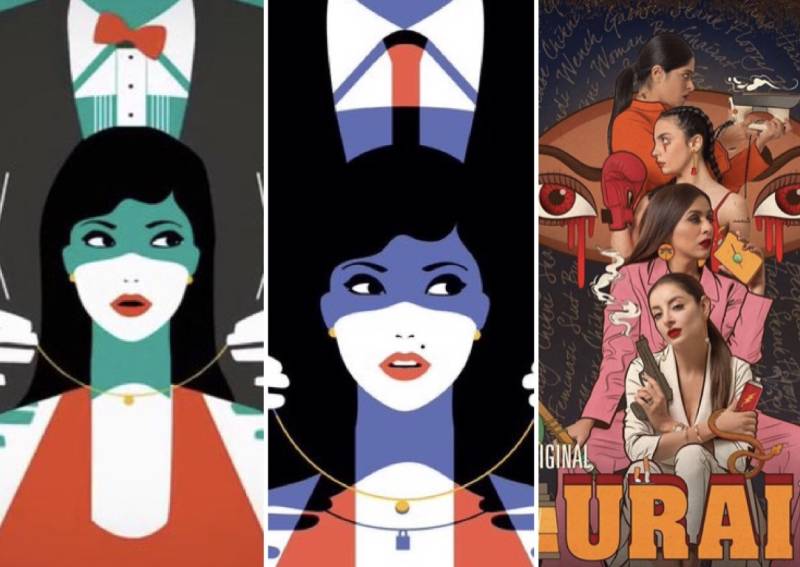 Asim Abbasi's Churails has caused a stir around the world ever since it premiered on ZEE5.

While uncovering the harsh realities of our society, the series is a gritty, path breaking narrative that brings a fresh perspective to our screens.

However, on Friday, a Twitter user named Amna Tariq highlighted that the opening sequence of the show is eerily similar to another illustration by French illustrator, Malika Favre.

Sharing two pictures on her account that were almost exactly the same, she tweeted, "Half a minute into the web series #Churails and I spot some blatant plagiarism in the opening credits. Malika Favre's powerful illustration has been quite conveniently ripped off."

The illustrator, Malika Favre, responded to the tweet, saying’ “Oh god, that IS bad! Thanks for sharing. Will look into it.”

Oh god.... that IS bad! Thanks for sharing. Will look into it.

‘Churails’ is about four women who set up a detective agency under the cover of a fashion boutique to expose adulterers but face some difficulties in doing so. The narrative of the show valiantly slams patriarchal societies for depriving women of their rights.