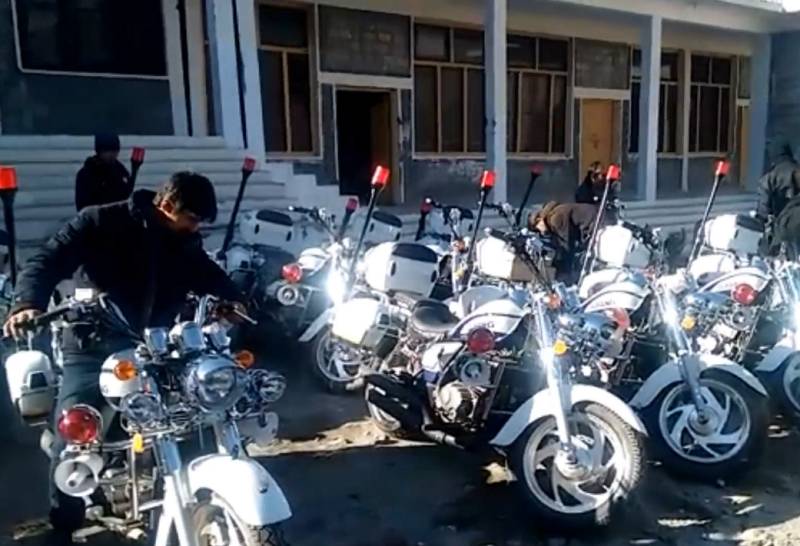 GILGIT — The Chinese government has provided 50 motorcycles and 200 bulletproof jackets to Gilgit-Baltistan government as a friendly gesture to ensure the security of the multi-billion dollar China-Pakistan Economic Corridor (CPEC) project.

The donantion is a part of an agreement signed between Xinjiang province of China and GB government.

Sanaullah Abbasi, inspector general of police GB handed over the keys of motorcycles and bulletproof jackets to the superintendents of police during a ceremony on Thursday.

He said motorcycles would be used by the police for patrolling the CPEC route.

Gilgit SSP Tanveerul Hasan said the GB police were being provided with modern equipment and would ensure the security of the multi-billion dollar development project and Chinese citizens working on that projects.