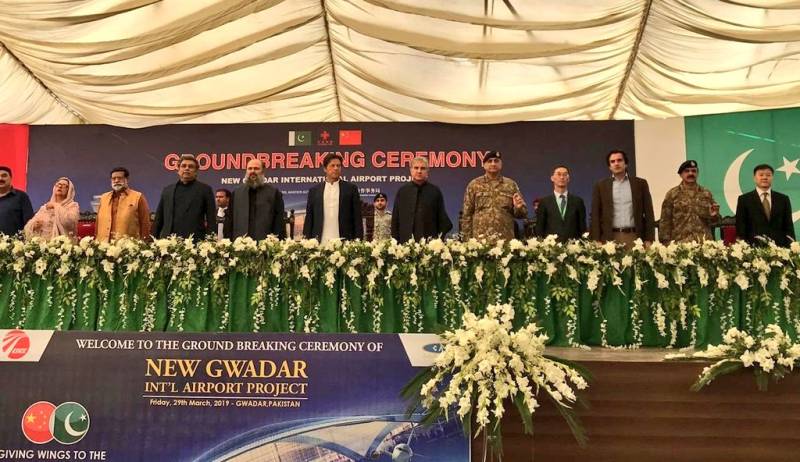 ISLAMABAD - Prime Minister Imran Khan Friday launched work on New Gwadar International Airport (NGIAP) and announced various other development schemes for the city, what he believed would become an engine of growth for Pakistan.

“What a pleasure it is to be in Gwadar. Insha Allah, in coming months, years, Gwadar would be, I see, as engine of growth for Pakistan,” he said addressing the groundbreaking ceremony of the airport.

The airport was included among Early Harvest High Priority Project of China Pakistan Economic Corridor in January 2014. The Chinese government would assist Pakistan for construction of the airport under Chinese Grant Assistance.

The project is part of overall infrastructure development of Balochistan. It would be developed as a green-field facility with all modern facilities for safe operation.

The new Gwadar airport would be able to accommodate large aircraft such as A380. The project would comprise a modern terminal building with cargo terminal having initial handling capacity of 30,000 tons per year.

ISLAMABAD - Prime Minister Imran Khan will leave Islamabad for a three-day visit to Balochistan and Sindh and Punjab ...

On this occasion, a memorandum of understanding (MoU) was signed for construction of Pakistan and China Vocational Training Institute and Pak-China Friendship Hospital.

The prime minister, who earlier unveiled the plaque of the project, thanked Chinese ambassador for the grant given by the Chinese government for the airport.

He welcomed the participants of the expo and said the event would grow with each coming year.

He assured the fishermen not to worry about their sustenance owing to the construction of the highway as special bridges would be built to facilitate them.

Any development would be of no use unless it benefited the local people, he added.

The premeir said in the past, the locals were ignored while executing the development projects in Balochistan.

Pm Khan said gas worth billions of rupees was extracted from Sui but it could not change the living standard of the local people.

He said it was pleasing that the capacity of the hospital in Gwadar would be enhanced and a vocational training institute would also help create employment opportunities.

The prime minister announced to launch Insaf Sehat Card to provide health insurance cover worth Rs720,000 to every family.

He said previously power was being transmitted from Iran, but now the government had decided to link the area with national grid.

A desalination plant would also be set up in the city and under Clean and Green Pakistan, one million saplings would be planted. Besides, a solid waste management system would also be established to protect the area from pollution.

He said following the models of Dubai, Abu Dhabi and Sharjah, the government had decided to recycle water in Gwadar to water the plants.

He told the gathering that Gwadar and Quetta would be linked through railways as it was the best travel mode but unfortunately, Pakistan had been lagging behind in this sector. He said Chinese support was being sought for up-gradation of the railways system as the country had the most advanced rail system. He said one could travel from Karachi to Lahore within four hours if you take Chinese train. 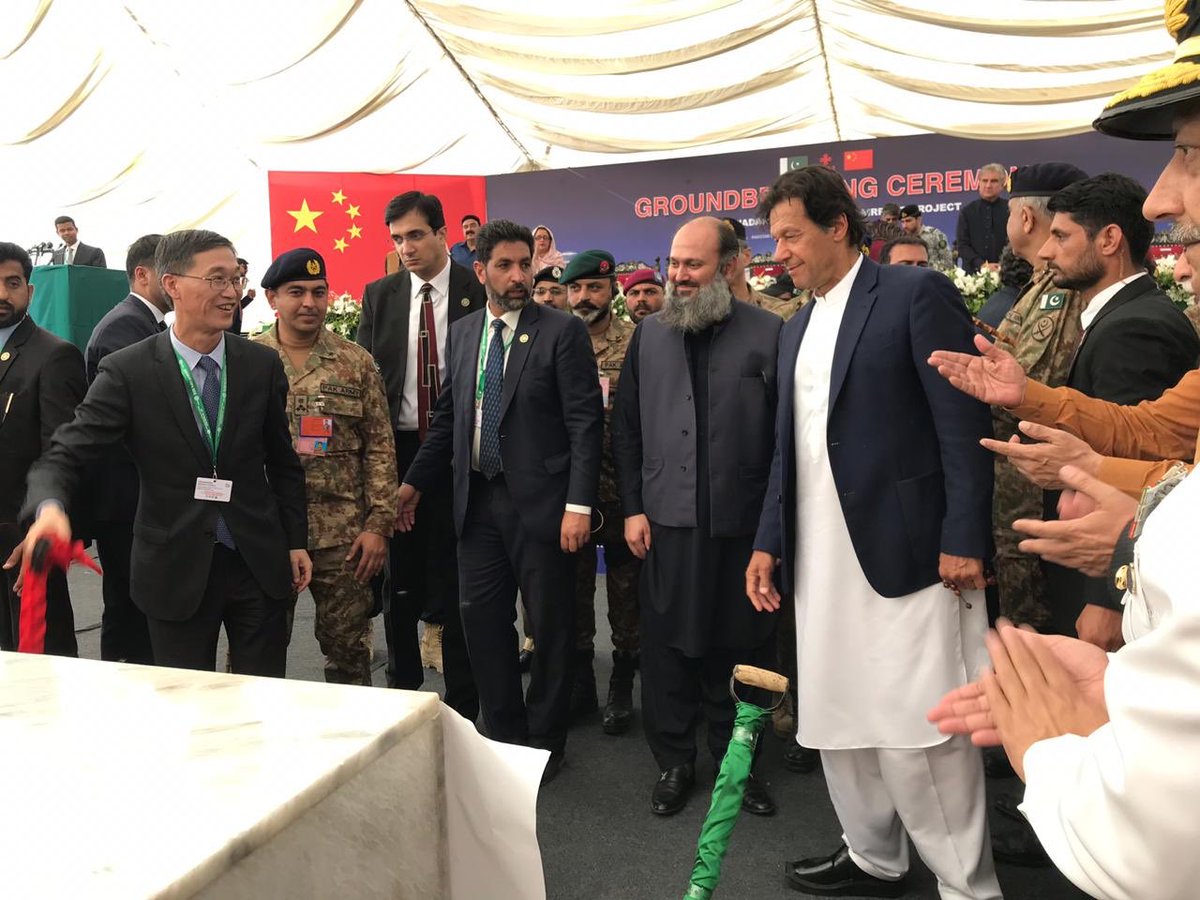 He said having located at an ideal location and being well connected, Gwadar's development would be the development of whole of Pakistan.

Prime Minister Khan said he was looking forward to extending bilateral cooperation with  China during his upcoming visit in late April in various fields like train technology, agriculture and cage fishery.

Commended the work of the Chinese workers in Gwadar, he said soon a cargo and passenger ferry service would also be launched from Gwadar to Karachi that would later be extended to Qatar.