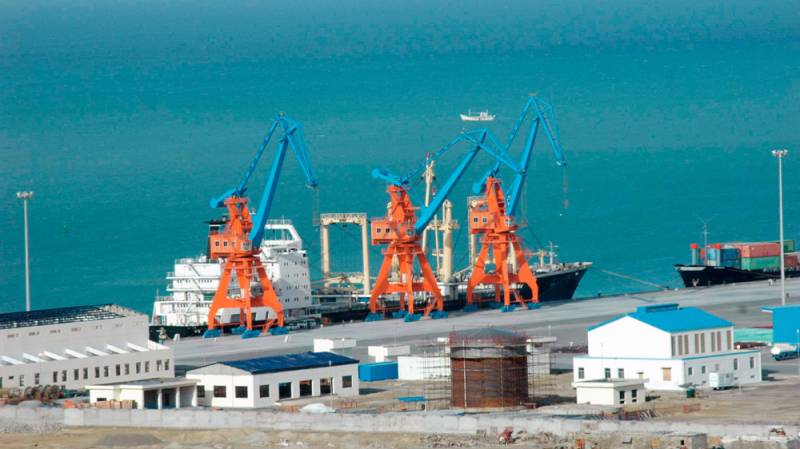 The proposed city, which will be constructed on 80,000 acres, will help store the oil imported from Gulf. The project will also reduce the distance to China and it will take seven days to reach China border from Gwadar as the import through western China took around 40 days.

Dr. Sajjad H Baloch, director general, Gwadar Development Authority (GDA), talking to journalists last week during their visit said that PC-1 for the project has been sent to the Ministry of Petroleum to acquire the land with the estimated cost of Rs10 billion. The Planning Commission had arranged the visit.

Baloch said that a refinery, petrochemical industries, and storage will be constructed in the city, adding that additional cost for establishment of such facilities will get with the help of investments.

He informed that Gwadar Model City covers an area of 290,000 acres, including 130,000 for industrial purpose and 160,000 for the residential area. He added that a Chinese company was working on the Model City Plan that will be completed by August 14 this year.

To another query regarding different measures for overcoming water shortages at Gwadar, he said that the current water requirement stood at six million gallons per day and there is no direct water supply taking place to the area. Two MGD water is being supplied from two water small dams through tankers and nearest distance is almost 70 kilometres.

Replying to a question, he said that Gwadar was facing a deficit of four million gallons per day in water supply, adding that there is not direct water supply taking place.

He said that the requirement will grow over time to 12 million gallons by 2020, adding that additional measures were being taken to meet the demand.

The journalists' delegation also visited the site of the proposed new airport at Gwadar. Chinese official Jianxin Liao told the design for the airport will be finalized after soil investigation, which is underway. The design will be completed by April after which the cost will be estimated. It will be the biggest airport in Pakistan.

He informed that 4,300 land has been acquired, adding that the airport will have the capacity of handling one million passengers on annual basis.