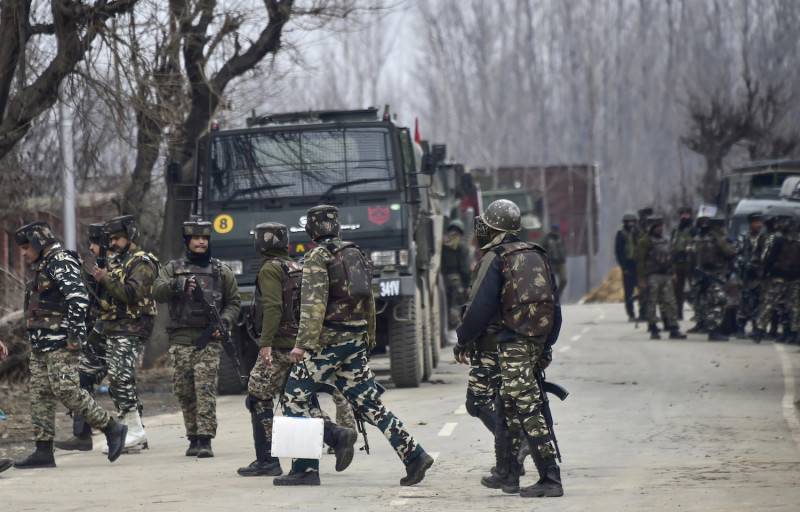 NEW DELHI - Amid a wave of violence in Jammu and Kashmir, Indian Supreme Court on Friday ordered to enhance protection for Kashmiris who are facing a violent backlash from ultra-nationalist groups in the aftermath of the Pulwama attack.

The top court told state governments and police chiefs to ensure there are no 'attacks, threats or social boycott' over the February 14 bombing in which over 40 Indian soldiers were killed.

The attack - worst in the territory in 30 years - triggered relocation of Muslim traders and students from different parts of the country to occupied Kashmir in a bid to save lives.

The apex court asked authorities to widely publicise the details of officials who Kashmiris can contact in case they face threats or violence.

PATNA - The Muslim community in India is under severe strain owing to recent Pulwama attack as xenophobia has risen in ...

One of the petitioners, Tehseen Poonawala expressed that he moved the supreme court as he was disturbed after the attacks.

"It's not about Kashmiris. It's about human beings. We cannot be a country that responds with mob violence," he told BBC.

As many as 10 states, Jammu and Kashmir, Uttarakhand, Haryana, Uttar Pradesh, Bihar, Meghalaya, Chhattisgarh, West Bengal, Punjab and Maharashtra have been asked to ramp up security to the Kashmiris.

"The chief secretaries, the DGPs and the Delhi Police Commissioner are directed to take prompt and necessary action to prevent incidents of threat, assault, social boycott etc against Kashmiris and other minorities," a bench led by Chief Justice Ranjan Gogoi remarked.

The court will hear the matter next week again.

The Pulwama attack is the worst in decades of insurgency in Jammu and Kashmir, India’s only Muslim majority state. Analysts claim that the attack might have been a false flag owing to the upcoming elections in India as anti-Pakistan sentiments are whipped up to garner support.