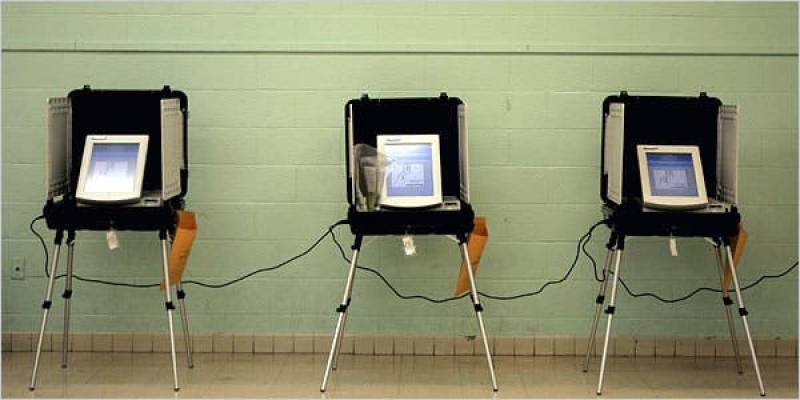 ISLAMABAD – The National Institute of Electronics has developed the electronic voting machine as the incumbent government was making efforts to ensure transparency in next general elections.

Briefing about the machine, Minister for Science and Technology Fawad Chaudhary said the machine is comprised of two parts one representing election symbols while the other part will be with the presiding officer.

He said when a voter goes in to cast his vote, the presiding officer allows him to cast the vote.