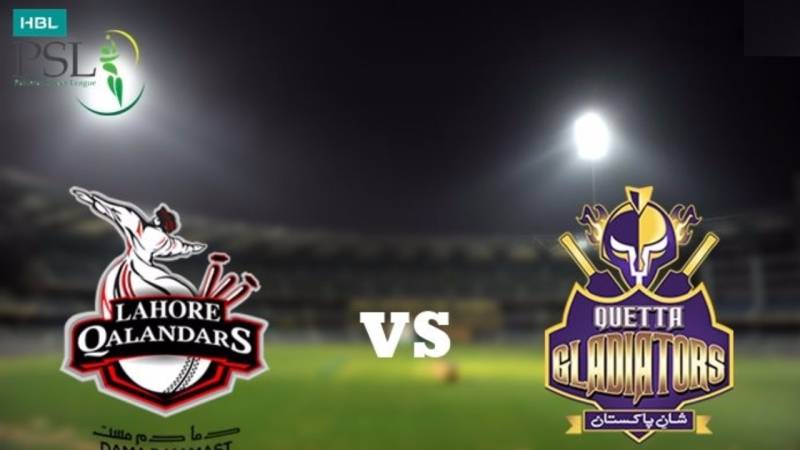 Qalandars’ Fakhar Zaman and Sohail Akhtar opened their innings with smashing strikes towards boundaries. Mohammad Hafeez replaced Akhtar (21) after he was sent to pavilion by Zahid Mehmood.

Zaman (82) and Hafeez (73) remained not out with their shining scores. The team achieved the target in 18.2 overs.

Gladiators opening pair – Tom Banton and Saim Ayub – could not give full throttle in the start as they were sent to pavilion by Gladiators by 20 runs.

Skipper Sarfraz Ahmed and Chris Gayle, however, played a strong partnership to raise the score. Gayle thrashed 68 off 40 balls while Sarfraz made 44 runs off 33 balls.

Muhammad Nawaz also played his part well as he made 33 runs to build a reasonable target of 179 runs for rival team.

Qalandars started their PSL campaign with a 4-wicket win against Peshawar Zalmi while Quetta, the winner of 2019 trophy, went down against Karachi Kings in the tournament's opener.

Both the teams have faced each other 10 times with win-loss leveled at 5-each.

Lahore were the runners-up of the 2020 edition.