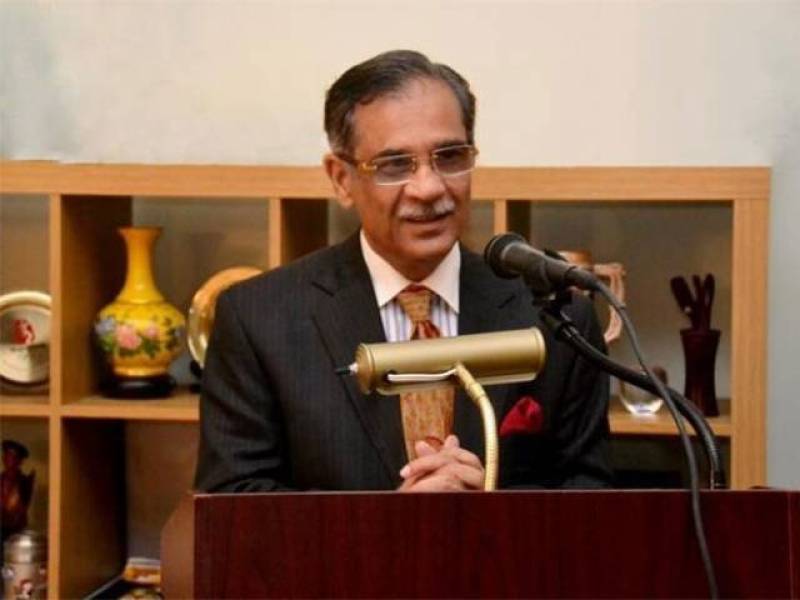 LAHORE - Chief Justice of Pakistan, Mian Saqib Nisar has come under fire after he compared the length of a speech to that of a woman’s skirt.

Addressing a recent event in Karachi, Nisar had said: “I was always told that a speech should be like a woman’s skirt. It should not be too long to not reveal anything and neither too short that it doesn’t cover the subject.” His remarks were a reference to a quote by former British prime minister Winston Churchill.

However, a video of Nisar’s speech soon went viral, and the judge came under heavy fire on social media.

“It’s utterly shameful for a Chief Justice to be using such language and referring to women and their clothing in such a manner,” the Twitter handle of Women Democratic Front, a Leftist political collective, posted.

Women Lawyers Association (WLA) released a statement on Monday condemning the statement: “It is disappointing to hear the highest judicial authority in our country using women’s bodies to illustrate a point about public speaking in this manner. It is especially a setback for women lawyers who practice in a male-dominated profession, as it is such statements that cause alienation and marginalization of women in the legal field.”