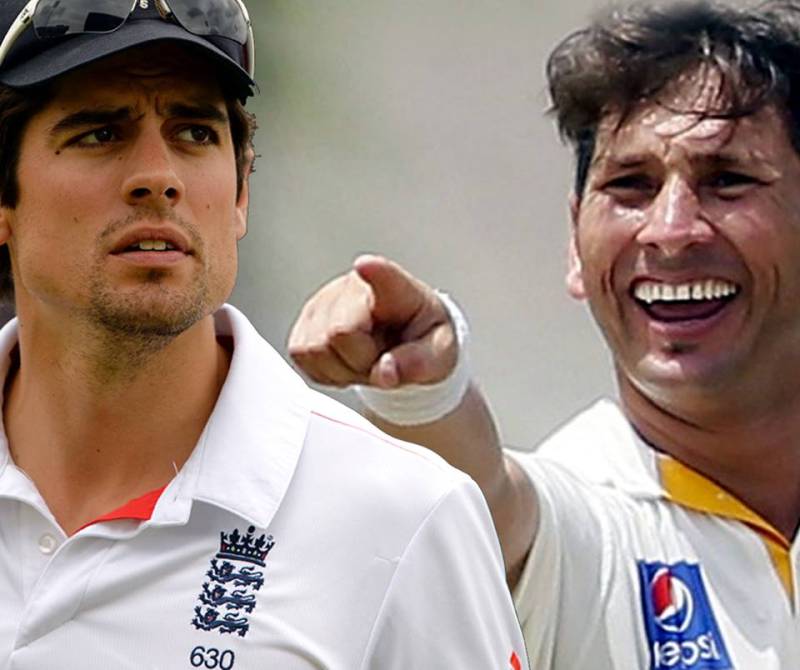 MANCHESTER - Admiring the skills of the Pakistani star spinner Yasir Shah and terming him a spin great, England cricket captain Alastair Cook has put forth a strategy to combat the Pakistani batting line up in the second Test match of the series.

The English skipper insisted that Moeen Ali was still England’s first-choice spinner, ignoring the fact that the 29-year-old spinner is regarded as a top-order batsman.

During the first match, Moeen Ali took just two wickets in a 75-run defeat, while his counterpart in the Pakistani side, leg-spinner Yasir Shah, Pakistan’s specialist slow bowler, concluded the test with man-of-the-match figures of 10 for 141.

Moeen Ali who was roped in after the retirement of Graeme Swan has in 27 taken 68 wickets in 28 Tests at an expensive average of over 41 a piece. On the flip side, Yasir Shah has taken 86 wickets in just 13 Tests at an average of 23.

In a bid to tackle the Pakistani spinner, England added 28-year-old leg-spinner Adil Rashid to its 14-man squad named for the match. The English Lions have also kept him in the 12-man squad announced on Thursday, a day before the match. However, England captain Cook made it clear that Rashid would play in addition to Ali, but not instead of him.

“Moeen is our first-choice spinner for this match,” Cook said. “If we go with the four seamers and one spinner Moeen will be that spinner.”

After his extraordinary performance at Lord's, Yasir Shah has clinched to the top position in international Test rankings.