"Singling out Muslims feeds the lie of terrorists": Obama speaks out against Islamophobia in America 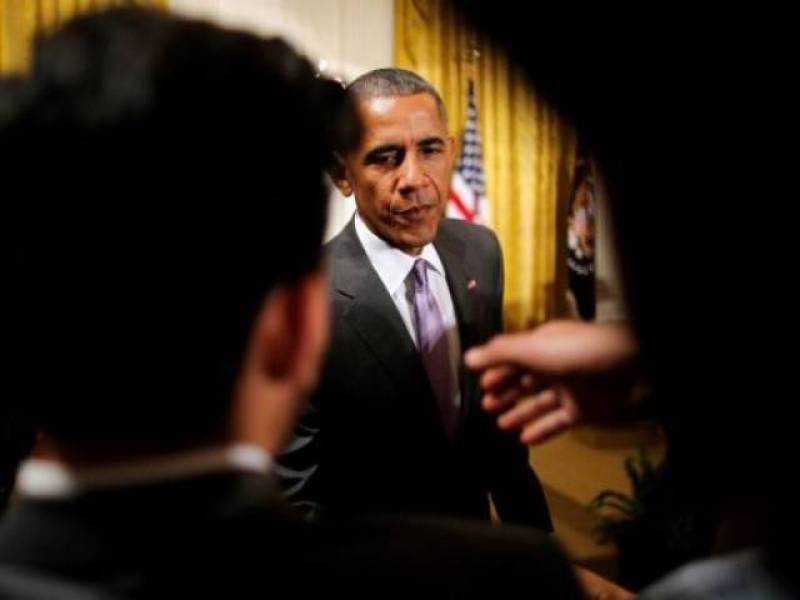 WASHINGTON - United States President Barack Obama has once again taken a stand for Muslim Americans in response to the rising tide of Islamophobia brewing in the country. "Muslims are as patriotic other members of the American family and singling them out feeds the lie of terrorists," said the US president, Barack Obama, while speaking at a reception to celebrate the Muslim Eid-ul-Fitr festival at the White House.

Obama appreciated American Muslims for their matchless contributions to the United States, further adding that any attempt to ban Muslims would be equivalent to playing into the hands of the Islamic State group.

He went on to say: "Whether your family has been here for generations or you’re a new arrival, you’re an essential part of the fabric of our country."

The US president said that singling out the Muslim in America will feed the lie that West was at war against a religion and harm the country's national security interests.

On the occasion, he also criticized Republican presidential nominee Donald Trump for his discriminatory proposals against Muslims without clearly naming him. However, in a thinly veiled reference to Trump's campaign slogan of "Make America Great Again", Obama said that the country already had values that made it great.