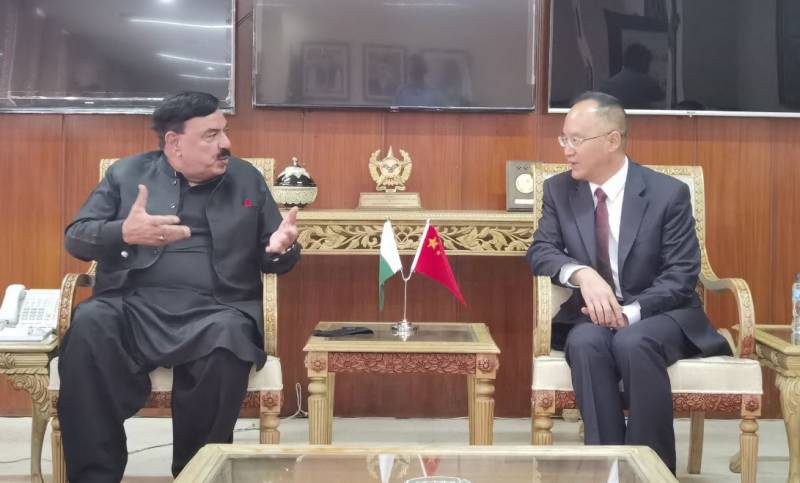 In a recent post on his official Twitter, Rasheed wrote Chinese Ambassador Nong Rong called on at his residence and wished him on the ‘feast of sacrifice’. Rong also expressed his best wishes for the people of Pakistan on Eid, the tweet further reads.

Addressing the ongoing development in the region, the Minister reiterated that nothing can sabotage the time-tested friendship between Pakistan and China.

During the brief meeting, Rong hailed Pakistan's efforts to ward off conspiracies aimed at damaging the diplomatic relations between the two sides while he also expressed satisfaction at the ongoing investigation related to the Dasu blast.

The Chinese dignitary also called on Pakistan Army Chief Gen Qamar Javed Bajwa on Monday to talk about a recent incident that killed Chinese nationals in the northern part of Pakistan.

On July 14, a bus carrying workers in Khyber Pakhtunkhwa's Upper Kohistan plunged into a ravine a blast that resulted in the death of 12 people.

Soon after the incident, a Chinese investigation team visited the site where nine Chinese workers were killed in a terror attack. Initially, the Foreign Office termed the incident as an accident due to gas leakage, but later it confirmed the traces of explosives at the site of the incident.

An investigating team of Chinese security officials earlier visited Dasu as part of a joint probe into the incident to ascertain the facts.