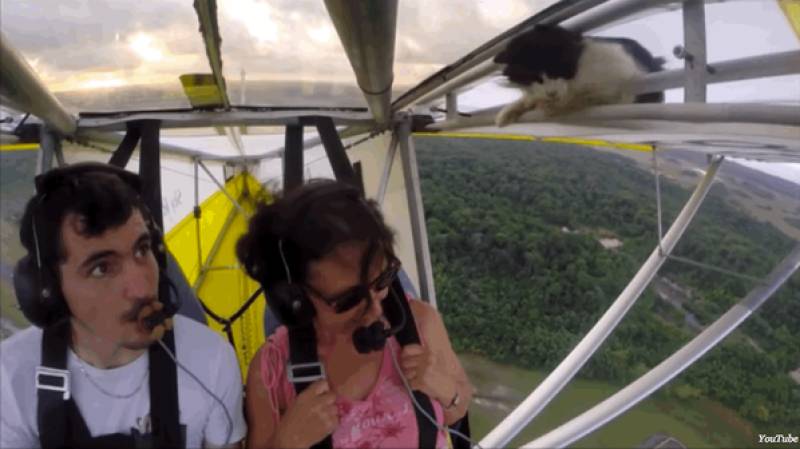 KOUROU (Web Desk) – A glider flight at an aviation school in Kourou, French Guiana took an unexpected mid-air turn when the pilot noticed a cat clinging to one of the wings.

A YouTube user uploaded a video by the slug “Remove cat before flight” has hit 135,000 views. People around the world are tuning to watch the death-defying cat, Business Insider reported.

The video has been featured by several media outlets including Mashable and Uproxx.

"A standard flight until... i still don't know if it got in after the pre flight check or if i missed it," jantot writes in the video's caption, adding that "the cat is doing well, she is still our mascot."