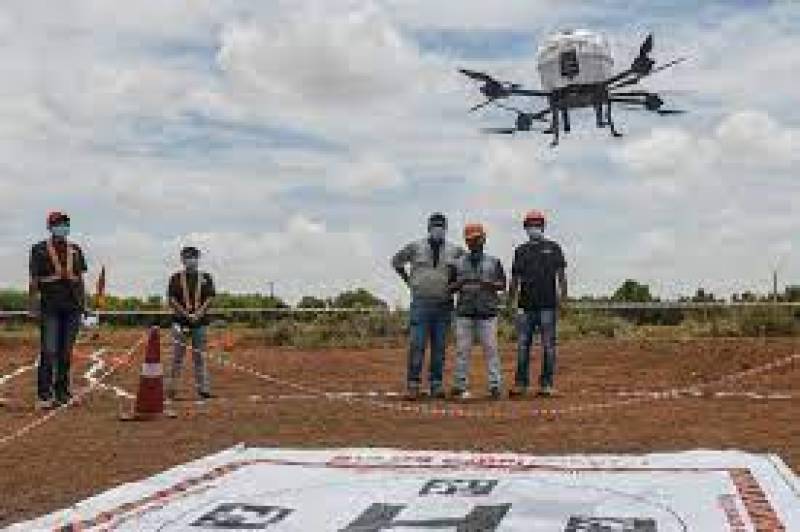 NEW DELHI – Experts in the second-most populous country are testing out longer-range drones to deliver COVID-19 vaccines to remote corners.

An aviation firm in this regard has carried out the maiden flight as hopes grow that they could deliver Covid-19 vaccines across India.

Experts believe that the use of drones could be a game-changer for medical services in the poverty-stricken nation in which the delivery is hard-to-reach rural areas where healthcare worked with limited resources.

Reports in international media cited that the Throttle Aerospace Systems is among 20 organisations granted permits by the government since May to conduct experimental flights beyond the current limit of 450 meters.

Two of the drones are created that can carry up to one kilogramme (2.2 pounds) for 20 kilometres (12 miles) or nearly an hour, and another that can lift two kilos for 15 kilometres — was tested on Monday in the southern state of Karnataka.

Reports in international media cited the government this month also invited bids from drone operators to help set up a pilot project for the delivery of medical supplies as it seeks to bolster its faltering coronavirus vaccination drive.

Pakistan on Saturday offered India help in dealing with the disastrous situation created by the coronavirus pandemic in ...

The initiative is not the first one as earlier Germany reportedly tested drone prototypes that can track down disaster victims by their screams.

In Australia, drones using artificial intelligence algorithms are being used to spot crocodiles and count koalas in rugged terrain.