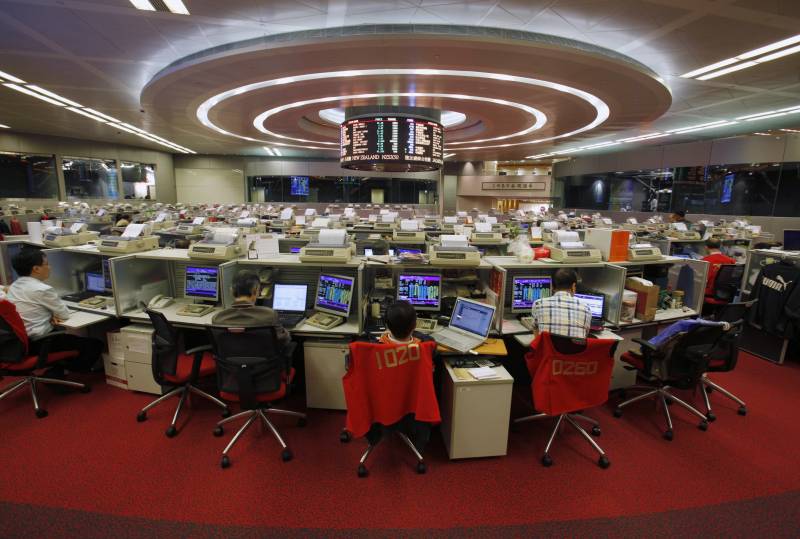 HONG KONG (APP) - Asian markets mostly rose Friday morning following another record close on Wall Street as the likelihood of a US interest rate hike in the near term dwindled.

Chinese shares were again the stand-out the performers on hopes that Beijing will announce fresh monetary easing measures after more disappointing economic indicators.

On Wall Street the S&P 500 closed at another all-time high thanks to strong earnings results and a multi-billion-dollar pharma merger.

A worse-than-expected reading on US new home sales indicated the economy was still not firing on all cylinders, which suggests it is not yet ready to absorb a Federal Reserve rate rise from record lows. On Wednesday, minutes from the Fed's April policy meeting showed board members had similar concerns.

"The question of when and how fast the US Fed begins to lift interest rates remains the dominant macro issue for equity markets and will be front of mind for traders," Ric Spooner, chief market analyst in Sydney at CMC Markets, told Bloomberg News.

"Some relief on expectations for Fed tightening may be enough to see bargain hunters start to return in earnest."

Shares in Shanghai and Hong Kong resumed their upward trend after preliminary figures on HSBC's gauge of China's manufacturing showed activity continued to contract in May.

The data is the latest showing the world's number two economy is struggling to get back on track, raising hopes for further stimulus measures, on top of the three interest rate cuts since November.

Also in Hong Kong Goldin Properties and Goldin Financial, which slumped more than 40 percent on Thursday wiping billions off their value, recovered some of their losses. Properties added 11 percent in early trade and Financial was up four percent. But Hanergy Thin Film Power, which dived 47 percent Wednesday, remained suspended.