Durincentertelephonic conversation, the top US general also conveyed his grief to the bereaved family on the loss of an innocent life.

Sabika Sheikh, 17, was one of 10 people killed by Santa Fe High School student Dimitrios Pagourtzis in a mass shooting last Friday (May 18). Sheikh’s father, Aziz Sheikh, said she came to the US because she wanted to work in civil service or become a diplomat to help foster a stronger relationship between the US and Pakistan.

Earlier on Sunday, about 1,000 people, many with Pakistani roots and wearing traditional Muslim dress, converged on an Islamic center in Stafford, Houston, to pray for Sabika Sheikh, whose body was brought by hearse to the sombre event from Santa Fe. 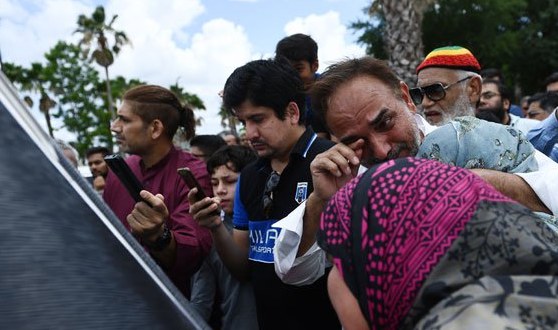 The teenage student’s body was brought to Islamic centre draped in Pakistan’s flag.

Prior to the shooting, Sabika had been living the US for about six months through the YES exchange program for Muslim students, paid for by the US State Department. She was scheduled to return to her home country on June 9, in time for Eid-ul-Fitr.