Watch: Why Iqrar-ul-Hassan slapped a man while recording his show? 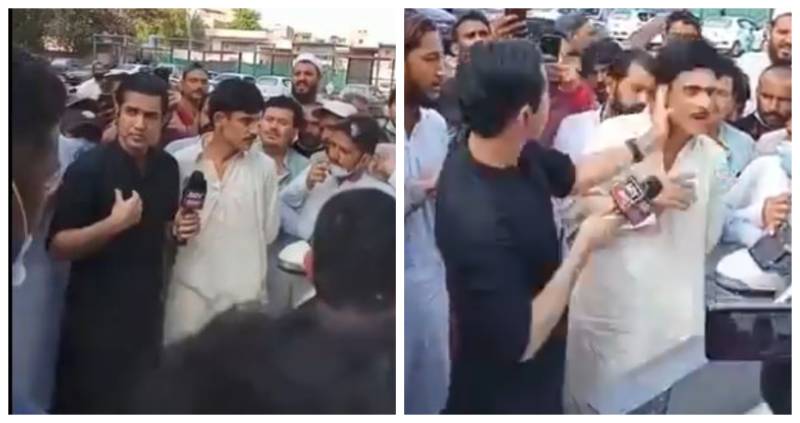 ISLAMABAD – Iqrarul Hassan, the host of the popular Sar-e-Aam show, became a trend on Twitter on Saturday after a video showing him slapping a man during recording of his show went viral on social media.

The clip took the social media by storm with many criticising the act of the 37-year-old TV host. Many people were of the view that a TV host had no right to slap a person even if he/she is a criminal.

The criticism campaign, wherein most of the users were unaware of what provoked Iqrar to slap the man, started turning into a support base for the media celebrity when he issued a clarification.

In a video message, Iqrar said the man he slapped was accused of sexually assaulting a minor girl. He said the man had allegedly filmed a minor girl after ripping her clothes and had been blackmailed her for some time.

Iqrar said when his team tried to stop the suspect's car on the road, he ran his car over a member of his team and fractured his bones.

Issuing an apology for slapping the suspect, the TV host said he had lost his control due to the man’s heinous act.

Following his clarification, #ISupportIqrarUlHassan is now trending on Twitter.

LAHORE – Iqrarul Hassan, the host of popular Sar-e-Aam show, came under an attack on Saturday by unknown ...