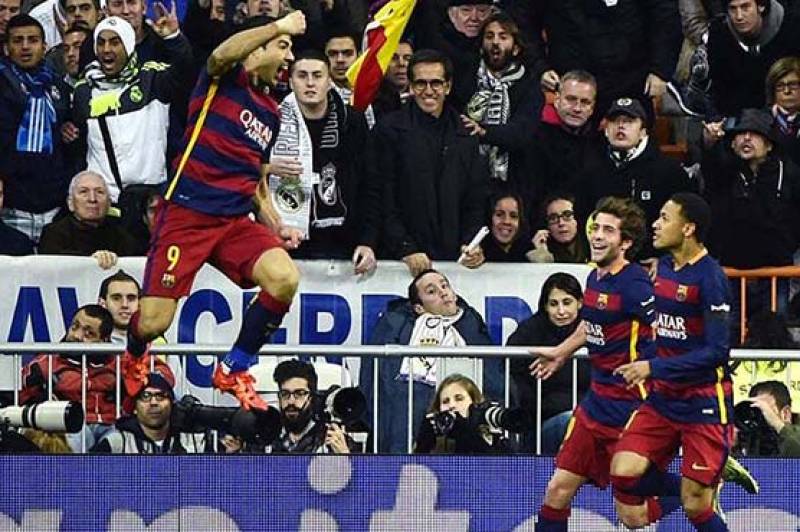 At a moment when Lionel Messi was on bench, Neymar and Saurez remained the star players but the first also joined the game to have a blast later on.

According to BBC Sports, a one minute's silence was observed before match to remember the victims of Paris attacks where Stade de France was also targeted during a friendly game of France and Germany.

In the first ten minutes after kick off, Saurez humiliated Madrid before home ground by scoring first goal, while Neymar made it 2-0 before half-time.

For the final nail to end it in 4-0, Neymar, Messi and Saurez combined together to ensure the second defeat to Madrid at the mega event.