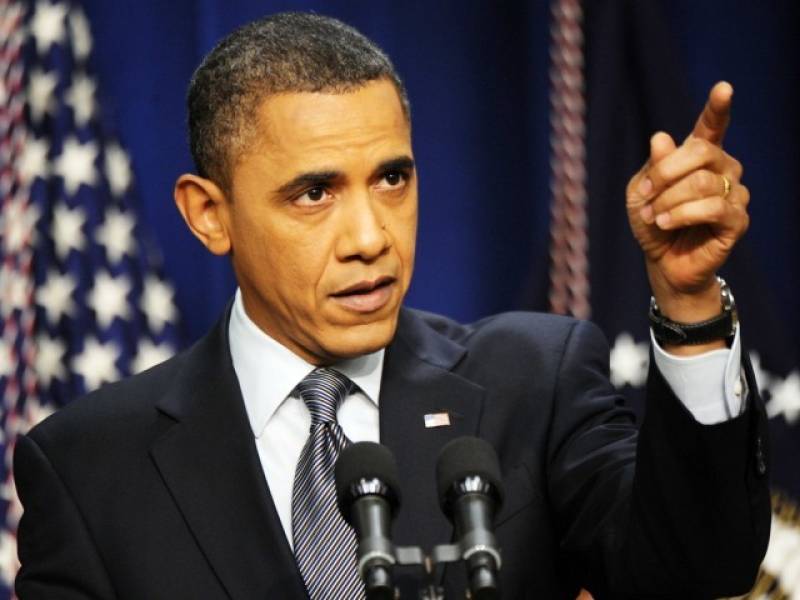 Addressing a news conference, Obama said that United States will ultimately destroy Islamic State and their networks of funding with support of world powers. Fifteen countries have so far joined fight against ISIS and I believe Russia will also target the militant group as it seeks a political settlement in Syria regarding the future of President Bashar al-Assad, he added.

"I cannot simply work towards strengthening the regime of Assad or his stay in presidential postion in Syria," the US president declared.

Answering a question about funding to ISIS in Syria, he said that Saudi Arabia is coordinating with United States to trace their financial sources and soon we will block all of them.

When asked about possible manipulation of intelligence information, Obama replied that we cannot check out what is going on there at CENTCOM.

One the occasion Barack Obama also ensured that all the Muslims living in United States will be protected at every cost. very small group of redicalised Muslims have planned and executed attacks like Paris and the whole nation should not suffer because of them.