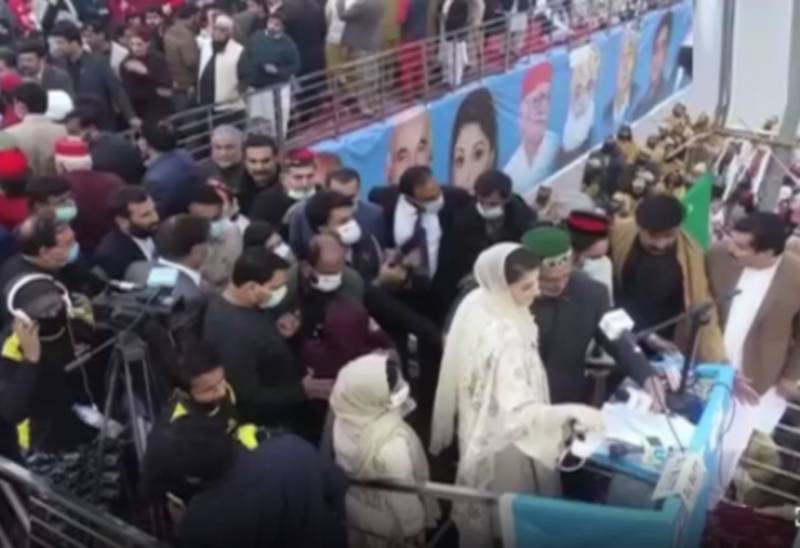 “I came to meet you but have just found out my grandmother passed away in London,” the vice-president of Pakistan’s opposition party said in a short address.

Maryam also asked the people to pray for the departed soul and the health of her father.

The Pakistan Democratic Movement is putting on a show of power with its rally in Khyber Pakhtunkhwa capital, where the PTI has been ruling for past seven years, as PPP Chairperson Bilawal Bhutto Zardari vowed an "end" to the incumbent government with January as its "last month in power".

The PDM's central leadership — including Maulana Fazlur Rehman, Maryam Nawaz, Mahmood Khan Achakzai, Aimal Wali Khan, Sardar Akhtar Mengal, and Aftab Sherpao — were all present on stage, with a series of speeches by various political leaders delivered one after another.