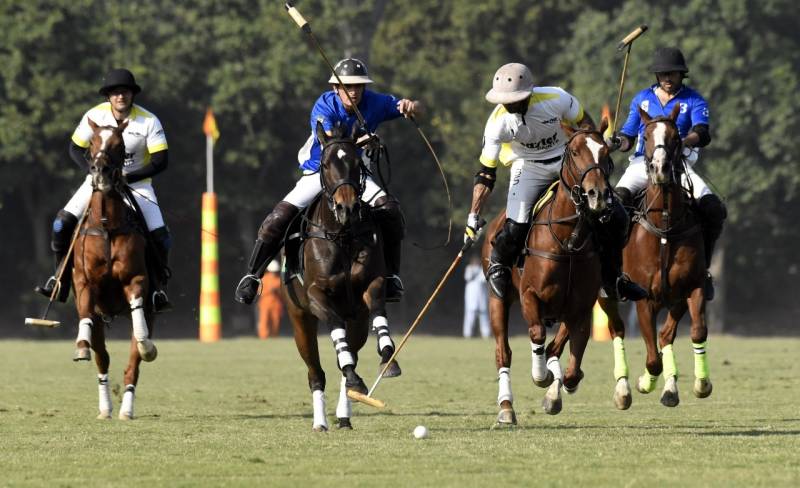 LAHORE – Another team - Newage Cables/Master Paints - qualified for the semifinals of the Coca-Cola Aibak Polo Cup 2022 here at the Lahore Polo Club ground on Tuesday.

The tournament is being sponsored by Coca-Cola and co-sponsored by Century 99. The first match of the day proved a thrilling encounter, where Newage Cables/Master Paints edged past Diamond Paints/Sheikhoo Steel by a narrow margin of 9½-9. Juan Cruz Greguol played such marvelous polo throughout the match that his classic contribution of excellent eight goals helped his side win the match by a close margin of 9½-9.

The remaining one goal for the winning team was converted beautifully by Alman Jalil Azam. On the other hand, Nicolas Antinori also gave a tough time to the winning team as he successfully converted fabulous five goals for the losing side. His teammate Mir Huzaifa Ahmed also played well and banged in a beautiful brace and Omer Asjad Malhi, and Usman Aziz Anwar converted one goal each, but their efforts proved futile in the end.

The second match also saw both the teams – Platinum Homes and Guard Rice – playing well and scoring crucial goals to make the match enthralling and challenging. After a tough contest, Platinum Homes succeeded in outpacing Guard Rice by a close margin of 9-7.

Iranian player Amirreza Behboudi was in sublime form and played excellent polo throughout the match and succeeded in smashing in superb six goals while his teammate Agha Musa Ali Khan hammered a hat-trick of goals for Platinum Homes.

For the losing team – Guard Rice – the key contributors were Taimur Ali Malik, who thrashed in three tremendous goals and Saqib Khan Khakwani and Hamza Ejaz, who both scored two goals each - from Team Guard Rice. The last two league matches will be played today (Wednesday).