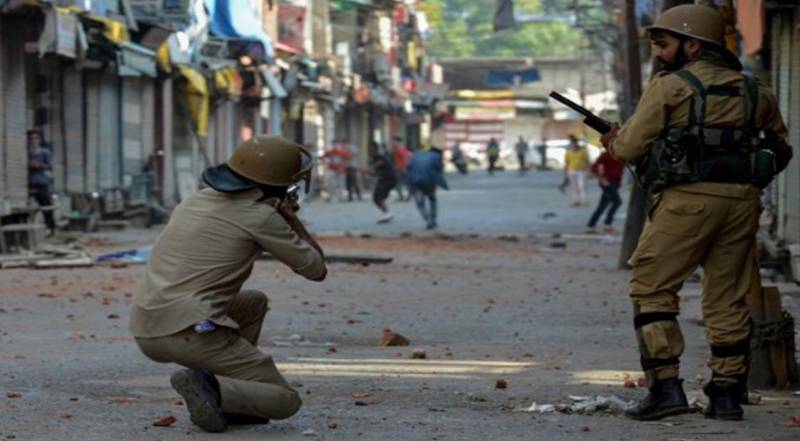 BADGAM - One more youth was killed by Indian police force in Badgam district, raising the death toll in the ongoing Kashmir Intifada to 111.

The 22-year-old, Javed Ahmad Mir, was killed after sustaining head injury with one of the teargas shells fired by the police to disperse protesters in Nasrullahpora area of the district.

Local residents said that policemen resorted to heavy teargas shelling and aerial firing to disperse the local youth who were protesting peacefully.

The local residents said that Javed Ahmed was a first-year college student and was also working at a sawmill to help his family.

One of the shells hit Javed Ahmed on the head and injured him seriously,” they said.