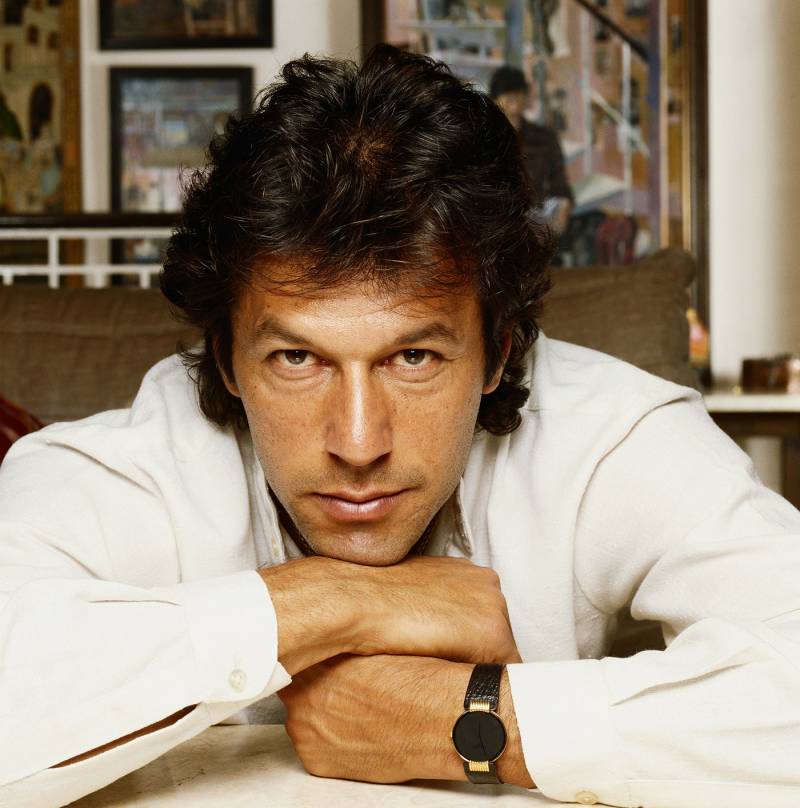 LAHORE - In her book, From MTV to Mecca, former MTV presenter Kristiane Backer spoke about her relationship, her ups and downs in life and most importantly international heartthrob of 90s, Imran Khan.

Kristiane Backer was one of the very first presenters on MTV Europe. She gained a cult following and became a darling of the European press.

According to her book, they dated for a few years, but unfortunately, they couldn’t actually get along well when Imran disclosed to her that his spiritual leader had predicted against their marriage already. She further writes about how she felt devastated, lost and broken after finding out from Imran that they weren’t going to get married ever.

Imran Khan accused her of betraying him. "I had been seen one night leaving a man’s house, he said. I couldn’t do anything about it. I was so sad. Imran was my love. And his accusation was untrue."

Excerpt from her book: “Imran and I were still planning to get married and on our next trip to Pakistan, we started dreaming of living on a farm with lots of animals in Skardu, a very airy and particularly beautiful mountainous region near Kashmir in the north of the country. The sight of pink cherry blossoms against a backdrop of snow-capped mountains in the bright blue sky was heart-stopping. We went on long walks in the vast dried river beds and in the foothills of the mountains, where I collected the most magical stones and fossils I had ever seen: bright neon green or shiny silver ones, clear crystals, and perfectly preserved shells turned to stone. I was so enamoured with all of them that much to Imran’s annoyance we had to carry a whole collection back to Lahore in two heavy bags, where I decorated his jacuzzi with my special collection.”

“Sometime later, Imran and I went to the Caribbean together accompanying a cricket tournament through the West Indies, which was a fabulous experience. Imran commentated on the matches and, wherever they took place – in Jamaica, Saint Vincent or Guyana – it was a national holiday and party time. Some of the locals arrived in big hats and funky outfits, and carrying huge ghetto blasters or enjoying family picnics nearby. The whole island was involved. Those who didn’t get seats climbed on trees and watched the matches from up there. In Trinidad, Imran and I made the big mistake of sunbathing in the midday sun without protection because the wind felt so nice and cool.”

Rumours swirled on social media late Sunday that the MTV presenter Kristiane Backer had to abort her kid as advised by Imran Khan, were explicitly rejected by Backer herself.

In an exclusive conversation with Daily Pakistan, Backer rejected the allegations terming them hurtful.

'This is very hurtful and full of rubbish and lies!!' Backer responded when asked whether she opened up about her relationship with Imran Khan and abortion of a kid as part of the #Metoo campaign.

Several social media websites in Pakistan took up the fake story regarding the Imran-Backer relationship, making rounds on the internet.