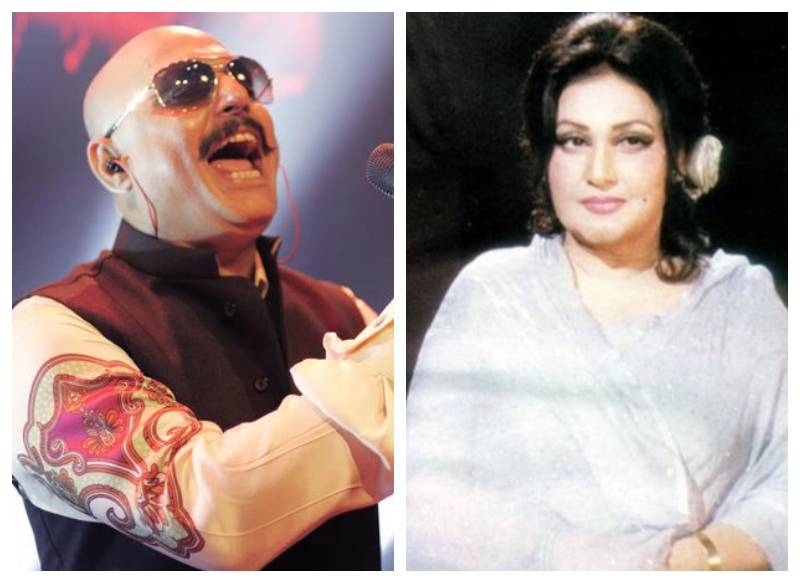 Rockstar Ali Azmat has lately been under fire after he made demeaning remarks regarding Malika-e-Tarannum Noor Jehan in an interview that stormed the internet.

"Our own society and culture weren't really offering anything similar. You put on a show, you would see Noor Jehan draped in a saree, with heavy jewellery and over-the-top makeup. We would get irritated by mai (elderly woman). We would think why would they make us watch this kofta (meatball).", he remarked.

Being a Junoon fan, i am embarrassed... pic.twitter.com/qt36TzE7Ye

The viral clip of the interview left the internet enraged and the masses irked who took to social media to condemn Azmat's comments.

I am shocked to hear such derogatory remarks for an iconic legendary artist like Malika Taranum Noor Jahan (RIP)by the arrogant blabber mouth #AliAzmat.He needs to be schooled how to respect Legends Shame on him for using such foul words for someone who is no more#JummahMubarak pic.twitter.com/kxmCqGnEBz

M. Noor Jehan has always been an asset to Pakistan, the way she promoted culture through her singing is impregnable, she is and will be among the greatest artists. Ali Azmat is a clown himself that he should see himself in mirror before criticising someone else’ body.#AliAzmat???? pic.twitter.com/bmmfY1LkYN

Moreover,  the late legend’s family have also stepped forward with a classy response to address the ongoing debacle.

Daughter of Noor Jehan and designer Mina Hasan penned an elaborate note where she maintained that everyone has the freedom of expression but the right to humiliate a national icon is just 'disgraceful utterances' of a 'now faded' musician.

"Madam Noor Jehan is a name synonymous with greatness. A woman that did more for her country & her art than most can dream of doing in a lifetime. She received every accolade known to mankind & while leaving us was also rewarded in death to depart for Heavenly abode on the most blessed of days."

"I got thousands of you today sending messages of how much you love her & that you want me to say something about what someone had to say about her. To that I share one of my favourite quotes “ What you say about me , says more about you.”

"Let us a take a moment to disagree with disgraceful utterances from an interview conducted with a now faded representative of Pakistan’s music industry. Let us take a moment to recognise this person’s unregulated & greatly unjustified tenor & evident lack of intellectual coherence", she concluded.

Actor Ahmed Ali Butt who is the son of Noor Jehan's eldest daughter Zile Huma also posted a statement on the issue on his social media.

"always respected Ali Azmat as an artist and as a friend" and doesn't hold the incident against him because "he is also an artist and knows very well that respect comes when you give respect". 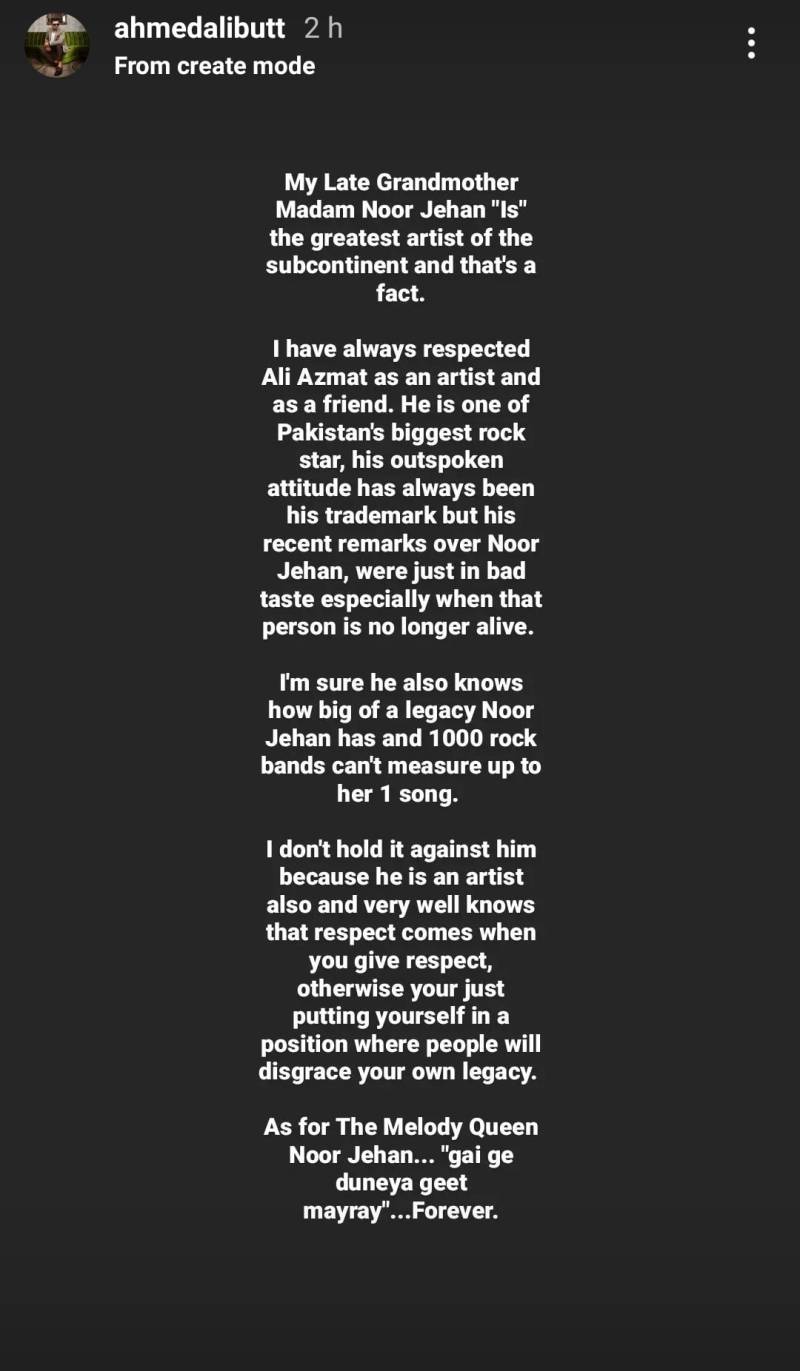 "Otherwise you are just putting yourself in a position where people will disgrace your own legacy," he said.

Pakistanis have fallen head over heels with Ayeza Khan's stunning glam looks of the popular fashionistas for her drama ...