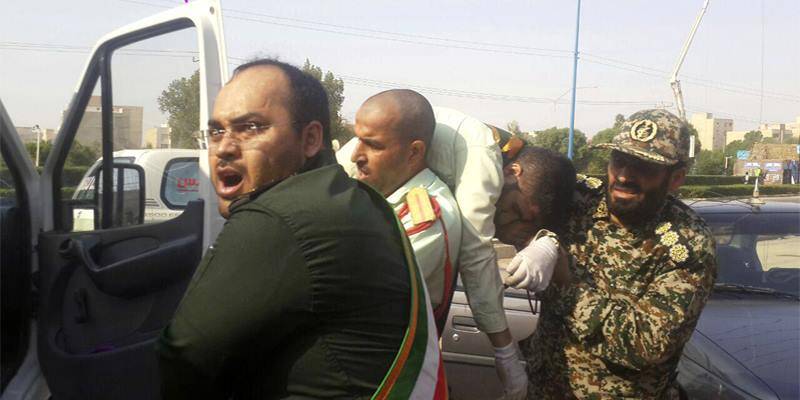 State media reports say around 50 people, including a child and women, were also injured in what the Iranian media termed a terrorist attack.

According to Fars News, four terrorists opened fire at bystanders during the annual parade, which is observed every year to commemorate the country's sacrifices during the 8-year long war imposed by Iraq in 1980.

Two of the terrorists have reportedly been arrested and shifted to an unknown location for interrogation.

In videos and pictures of the aftermath circulating on social media, rescue officials can be seen shifting injured to hospitals.

According to local media, the terrorists also intended to attack the military commanders and officials on the podium but they were wounded by the security forces.

Last year in June, the Islamic State claimed responsibility for the attacks on Iran parliament and Imam Khomeini Mausoleum through its Amaq news agency.

TEHRAN - The Islamic State on Wednesday claimed responsibility for the attacks on Iran parliament and Imam ...

"Fighters from the Islamic State attacked Khomeini's shrine and the Iranian parliament in Tehran," the news agency said. At least 18 people were killed and more than 50 injured in a spree of attacks.