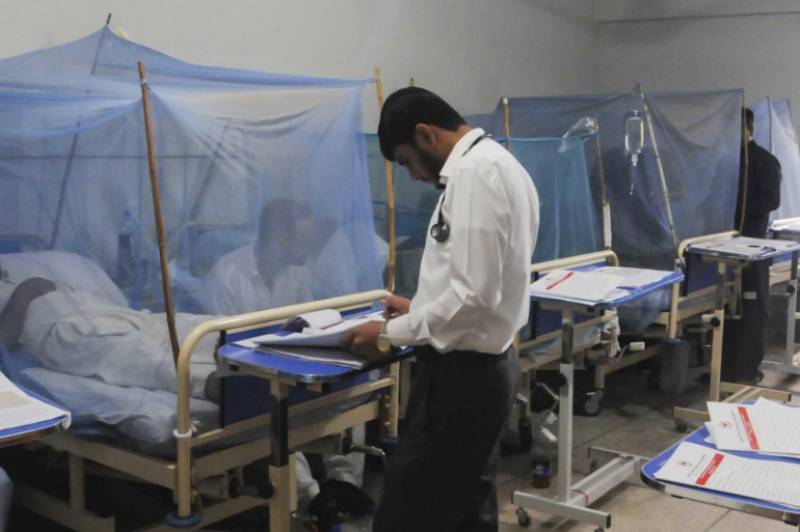 ISLAMABAD – Khyber Pakhtunkhwa capital has reported more than 213 new cases of dengue fever in the last 24 hours amid the major outbreak in parts of Pakistan, it emerged on Wednesday.

Reports quoting sources said around 126 new cases of mosquito-borne disease were reported on Wednesday in Lahore taking the tally to 623. Around, 19 patients with illness are admitted to different hospitals in Lahore as health authorities checked 7,130 in-door places in the city to detect the dengue larva.

Reports stated that the dengue larvae were found in more than 160,000 spots in Lahore, an investigation by the Lahore divisional administration cited.

No action was taken in the first seven months of this year despite cases' resurgence. The surveillance teams are also responsible while no proper setup was formed for accurate monitoring.

Additionally, dengue wards in many of the medical facilities turned into Covid wards while the dengue counters stopped working amid the spread of the novel disease.

KP health officials said, around 440 dengue virus cases have been detected in a week across the province as authorities failed to control the disease amid the presence of stagnant water in various areas that serve as a breeding ground for the dengue mosquitoes.

Meanwhile, officials in the country's federal capital said around 31 citizens fell prey to the dengue in the last two days including 17 new cases in the last 24 hours while two lost their fight against the ‘bone-breaking fever’.

RAWALPINDI – First case of dengue fever for 2021 has been reported in Rawalpindi on Friday amid third wave of ...