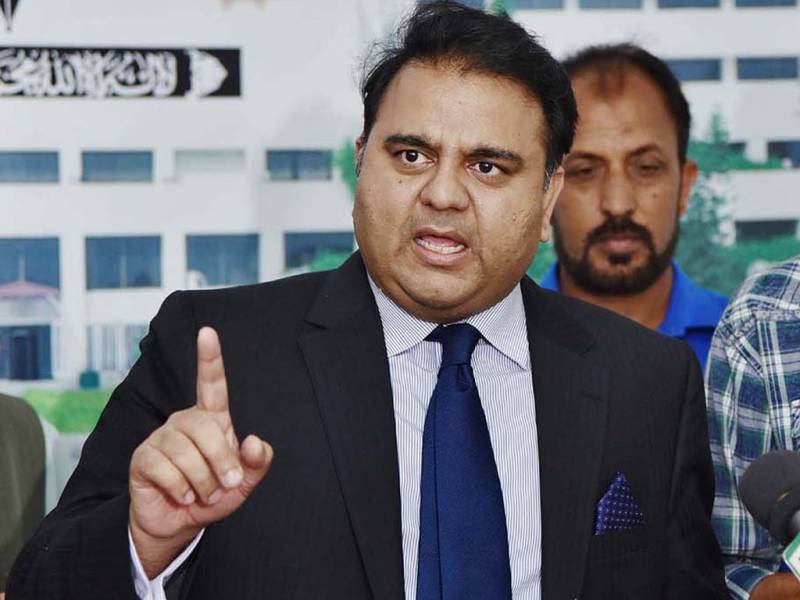 Speaking in a presser in the country’s federal capital, Fawad said fake emails, which were originated from India, were behind the cancellation of the historic Pakistan tour. The minister said it all started with a fake post by a user who claimed to be Tehreek-i-Taliban Pakistan militant Ehsanullah Ehsan.

A fake account created by a TTP member’s name told the visitors to refrain from playing matches as they could be ‘targeted’.

Following the false post, The Sunday Guardian published an article claiming that the team may face a terror threat in the South Asian country, the article used the fake post for the phony claims.

He said The Sunday Guardian was founded by a former Indian minister for external affairs who is also a close ally of Indian PM Modi. He also mentioned ties between the bureau chief of the Indian publication and former Afghan VP Amrullah Saleh.

The ruling party minister said Kiwis came to Pakistan despite the threats however a second email was sent to the Black Caps under the name of Hamza Afridi.

Authorities after a detailed probe reveal that it was sent from a device associated with India. Adding that, it’s the same device that had 13 other IDs, the majority of which were Indian names.

“All IDs were made using the fake names mostly celebrities while Hamza Afridi is different to show that this email was generated from Pakistan”, he said while revealing that the user had been identified as Omprakash Mishra from the Indian state of Maharashtra.

He also mentioned that the interior ministry had lodged a case and had requested Interpol for assistance and information on the Indian-generated mail.

Chaudry also mentioned that a similar threat was issued to the West Indies team from the ProtonMail account.

He urged the international community including the International Cricket Council (ICC) to take notice. Furthermore, the minister also called on New Zealand to share specifics of the threat they had received.

Fawad said that British High Commissioner Christian Turner had made it clear that Britain's advisory for Pakistan was not being changed. If the government has no reservations, then who is ECB to cancel the tour, he questioned.